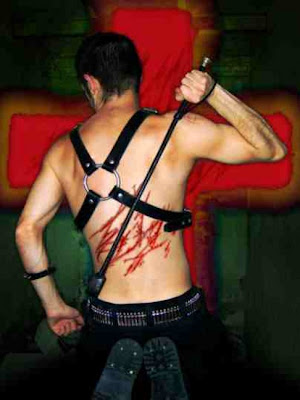 " ... the organization’s growth is amazing. Not so much by numbers, but for the influence it seems to have among Panama’s power brokers. ... "

PANAMA. The potential influence of members of the conservative Catholic group Opus Dei, on education in Panama, is raising concerns in some political quarters

The Tagua Center in Cerro Azul is an Opus Dei establishment in charge of teaching youngsters. The team is managed by some of the closest political partners of president elect, Ricardo Martinelli: the future Education Minister Lucy Molinar; the vice-president elect Juan Carlos Varela and the president’s first-cousin, Guido Martinelli.

The Opus Dei, at the forefront of the conservative Catholic movement, emerged from the shadows after Dan Brown’s book and subsequent Blockbuster hit “The Da Vinci Code,”. It seeks the world over to instill the conservative ideals of the Vatican, currently headed by an ultra-conservative pope.

While some call them “the guardians of Catholicism,” other prefer the name “Faith multinational (corporation)”. With either name, the Opus Dei influence in the new administration calls to question the fate of a topic that will soon be subject to heated debate: the Sexual and Reproductive Health Law.

On April 18, 1994, Panama welcomed the arrival of the new archbishop Jose Dimas Cedeño, who was to succeed Marco McGrath. Outside the country, Opus Dei leaders were celebrating. McGrath had been a wall keeping them from entering the country, his successor would welcome them with open hands.

The Opus Dei’s official activities in Panama started in 1996, but it wasn’t until 2000 that the Opus Dei prelate Javier Echevarria came to Panama from Rome to meet with Cedeño.

A gathering was held in a City hotel with 700 people attending. Ten years after the visit, the organization’s growth is amazing. Not so much by numbers, but for the influence it seems to have among Panama’s power brokers. With Martinelli’s win and the designation of his cabinet, Opus seems to be one of the clear winners.

The vice-president elect and Foreign Relations Minister Juan Carlos Varela is an active participant in the organization, as is the future Education Minister Lucy Molinar. The president-elect’s first cousin Guido Martinelli, is also linked to the religious group. In fact, Giancarlos Candanedo, academic director of Panama’s Opus chapter, was the spokesperson during Varela’s campaign which landed him the vice-presidency.

Taking into consideration that one of the biggest goals of the Opus is to influence public policies on reproduction, sexuality, and education, seeking to impose conservative Church delineations, the religious penetration in the government entities gains higher relevance. The Opus condemns abortion, the use of contraceptives and are reluctant to allow sexual education in schools. In fact, some of their worst enemies are the Europe Union and the United Nations, for promoting what they call “anti-birth.”

To further their cause, the group looks to place its people in strategic places: in decision-making and youth-training spheres such as national government, media, and universities. Their efforts to increase their influence in Panama is evident through their three institutions: a micro-enterprises training center in Cerro Azul, with Lucy Molinar, Guido Martinelli and Juan Carlos Varela among its supporters, the Rocazul cultural center, and the university residence Entremares in Bella Vista.

The naming of Lucy Molinar as Education Minister added to the appointment of government officials without adequate educational background or experience, such as Guillermo Ferrufino at the Social Development Ministry, opens the door for discussion. Yet the new administration refutes the claims. “I don’t know why you want to tangle me into this,” said Lucy Molinar, a little irritated when asked about her relationship with the Opus Dei.

“Yes, I am part of it, but if you want to mix one thing with the other, I will simply step aside,” she said.

When asked about the reproductive health law recently discussed in Panama, she said she believed in sexual education in schools, but understood that was not what proponents of the law were advocating. Molinar said the government had to implement a project in accordance to our social reality.

Jimmy Papdimitriu, future Minister of the Presidency, said that in the end, decisions are taken by the entire cabinet and everything has to be debated and submitted to the National Assembly. He claimed Molinar’s designation as Minister was because Martinelli thought her to be qualified, and not based on religious preferences.