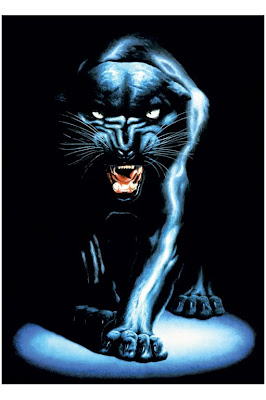 SUSAN LARSON
The Times-Picayune
www.fosters.com
May 19, 2009

NEW ORLEANS (AP) — The story begins with an unlikely friendship between an Uptown New Orleans woman buying pralines for a Thanksgiving family gathering and a praline-maker freed from Louisiana State Penitentiary at Angola as one of the famous Angola 3.

When Orissa Arend — social worker, mediator and journalist — met Robert King Wilkerson (who now calls himself Robert Hillary King), she knew a good story when she saw it. Arend made King and his candy-making business — he calls his confections "Freelines" — the subject of radio features and several columns for The Louisiana Weekly, a local newspaper serving African-Americans.

Arend gathered stories as she continued to visit King. One day, he introduced her to Marion Brown, who was a student at Newcomb College in the 1970s. "I happened to have my tape recorder with me," Arend said, "and Marion started telling me the Panther story."

One thing led to another, one person led to another, and after 44 columns for The Louisiana Weekly, eventually published as a booklet in 2003, Arend has a fleshed-out, full-length book.

"Showdown in Desire: The Black Panthers Take a Stand in New Orleans" (University of Arkansas Press, $29.95) is an illuminating look at the Black Panther Party's history in New Orleans, the turbulent racial climate of New Orleans in the 1960s, and the founding of the local party, which was committed to challenging discriminatory white political power structures.

Arend's story builds to a description of the 1970 shootout at the Desire public housing development, the "thirty-minute war," when police attempted to evict the Panthers from their office there. At the end of the day, there was only one casualty, Kenneth Borden, who was shot in front of a nearby grocery. There was a subsequent daylong standoff between Panthers and police in November.

Arend still thinks we have lessons to learn.

"I can't figure out why this story was completely repressed and taken out of memory," she said. "And as a psychotherapist it holds a lot of lessons for today.... I would hope that one lesson would be that if we have the will to do it, we can actually discuss the difficult issues and surmount the misunderstandings so we're not sweeping these horrible problems under the rug anymore. That was one thing that the Panthers accomplished and we certainly wouldn't want it to be accomplished that way again. Oppressed people — and there are many oppressed people in New Orleans — finally felt that their reality was being acknowledged, not really dealt with, but at least they weren't invisible any more.

"Then, being New Orleans and having had Katrina, we can't pretend that we don't need each other, that we're not one city. Extreme problems with race and crime and poverty are realities, not realities we can ignore."

King also been working on a book, "From the Bottom of the Heap: The Autobiography of Black Panther Robert Hillary King" (PM Press, $24.95), begun in Angola, where he said reading, writing and exercising eased his days in solitary confinement.

"In Angola I came in contact with books and authors I didn't know anything about: Richard Wright, Ralph Ellison," he said, speaking from his home in Austin, Texas, where he still makes Freelines.

"I didn't know anything about the great writers of Africa and Europe and the Harlem Renaissance and all the people who go with it. And," he laughed, "I read Louis L'amour. I read every last one of his cowboy books and enjoyed them. I didn't discriminate. I used to love to find the release and relief in thinking."

His autobiography was hammered out on a manual typewriter.

"From the Bottom of the Heap" is a powerful story of growing up poor in New Orleans, Gonzales, La., and Donaldsonville, La.; King's struggles with the law; his 29-year incarceration; his relationship with human rights activist Anita Roddick, founder of the Body Shop; and his release from prison in 2001.

It has all the makings of a classic of the African-American experience: the struggle against long odds, the sense of prison as a possible destiny and the final triumph of the spirit.

"Showdown in Desire: The Black Panthers Take a Stand in New Orleans" (University of Arkansas Press, $29.95) is an illuminating look at the Black Panther Party's history in New Orleans.King stays in touch with his friends Albert Woodfox and Herman Wallace, the other members of a group that became known as the Angola 3, three inmates who tried to expose segregation, corruption and abuse at the prison.

"I want to keep the focus on prisons," he said of his book. "People seem to have the idea that somehow prisons are acceptable entities in any society and some people feel that the way they are is inevitable and there shouldn't be any change or reason to change. My experience tells me there is a reason to refocus on prisons and try to change them."

For a man released after such a long, unjust incarceration, King seems remarkably centered.

"What brings me the most joy? After having gone through some of the things I've gone through, I guess it's giving hope to people who remain in the places where I've been," he said. "I find joy in giving hope."

The two will appear together at two community forums in the coming weeks, along with others who either participated in the events — such as priests William Barnwell and Jerome LeDoux; Bob Tucker, who worked for Mayor Moon Landrieu; and Malik Rahim, one of the founding Panthers.

Arend ends her book on a wistful note of reaching across the divide, suggesting that perhaps we all have a bit of the internal Panther.

"But I'm not a revolutionary, I'm a really committed pacifist. I'm not a historian, I'm a mediator. This is not my story, it's their story."