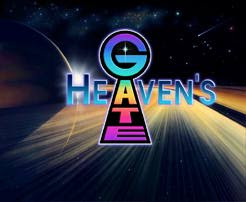 The seeds of the mass suicide in California were sown in a chance encounter in a Houston hospital about 25 years ago, when a mentally distraught music teacher met a nurse who was obsessed with astrology.

That was when Marshall Herff Applewhite, the leader of the Heaven's Gate cult, had a "near-death experience" that led to his meeting the woman who led him into mysticism, said Applewhite's sister, Louise Winant.

"He had an illness in Houston, and one of the nurses there told him that he had a purpose, that God kept him alive," Winant, 69, of Port Aransas, told Corpus Christi TV station KRIS.

"She sort of talked him into the fact that this was the purpose -- to lead these people -- and he took it from there."

"She" was Bonnie Lu Trousdale Nettles, then a nurse at Bellaire General Hospital.

Applewhite gave a slightly different account in a 1975 interview that he and Nettles gave the Houston Post. He said they met when he was visiting a hospitalized friend.

"When I met her, I felt I had known her forever," he said.

Nettles added, "Now we know we have known each other in previous lives."

In the same interview, she talked about her astrological work: "It's usually pretty accurate. I am assisted by Brother Francis who died in 1818. He stands beside me when I interpret the charts. There can be several meanings to them, and if I'm wrong, he will correct me."

She described "Brother Francis" as a Franciscan monk from Greece "standing by me, but it took me two years to make direct contact with him. We have learned to work together."

Applewhite said he, too, had seen Brother Francis.

"We are aware of the threat that some people will think we are crackpots but we are willing to take that chance," he said.

He got married and went with his wife to New York to become a professional singer, according to a Denver Post interview with one of his music professors. But he got no major roles and the marriage broke up.

The Charlotte (N.C.) Observer planned to report today that before Applewhite earned his master's degree, he worked as a music minister from 1953 to 1955 at First Presbyterian Church in Gastonia, and was married to a woman named Ann. The paper said he apparently left the church after being drafted by the Army.

In 1957, Applewhite was hired as a music teacher and choir director of the Presbyterian Pan American School in Kingsville. Elena Reisner of Kingsville, who taught with him at the time, remembered him as "very talented, very dramatic and very erratic."

The University of St. Thomas in Houston hired him as an associate professor in 1966. He became a driving force behind the university-sponsored Houston Festival Chorus and at one time was head of the music deparment.

He also played lead roles in 14 musical companies, including 11 with the Houston Grand Opera, and performed as a soloist with five symphony orchestras, including Houston and Denver.

"He was a very kind, intelligent and generous person," said music professor Carl Cunningham, who replaced him as chairman. "He was a strong builder of music programs at St. Thomas. I did not know of those other beliefs at that time."

St. Thomas fired Applewhite in 1970 for what the college called "health problems of a mental nature."

Afterward, Applewhite went to New York and New Mexico to study music, then returned to Houston in 1971 to become music director for Studio 7, the school of the Houson Music Theater.

In June 1972, he and Nettles formed a "Christian Art Center" in the First Unitarian Universalist Church in downtown Houston, where he was employed as music director. Applewhite said the center would have lectures on "theosophy, comparative religion, mysticism, meditation and astrology, as well as courses in art and music." It failed, however.

He was also music director at St. Mark's Episcopal Church in Houston, but was apparently fired in August 1972.

"They asked me to say that I resigned, but I was told by Father Puckett that his church could not have staff members who 'dabble' in astrology or theosophy," Applewhite said at the time.

Applewhite's sister said the family was growing very worried about his association with Nettles.

"We tried to talk him out of this,"Winant said Friday on ABC's Good Morning America. "But he said `You don't know me.' He was a sincere man and I'm sure he believed everything he talked about."

Joe Nettles, 37, one of Nettles' four children, remembered that his mother used to pick up him and his sister at Applewhite's Studio 7.

"It's a complete tragedy," said Nettles, now a salesman at a Houston appliance store. "And the sad thing is, my mother was involved with all of this back in the early '70s when it all started -- back when I was just a kid, 12 years old."

Nettles remembers a gathering at Applewhite's Montrose-area residence: "He had some people over there, and I noticed they were kind of strange. Some of the guys wore makeup, hot pants, a lot of weird things. And I didn't know what a gay person was."

When his parents separated in the early 1970s, Nettles chose to stay with his dad.

"It's hard to put the blame on (Applewhite) alone. I think my mother had a choice in this, too. But, I don't have any sympathy for Applewhite. It was like a friend-type thing (between them), nothing to do with lovers or anything like that. They were like partners."

Nettles was about 12 when his mother left and he never saw her or talked to her again, though she did write to him in the 1980s.

Nettles is not even sure where his mother died in 1985, though he thinks it might have been in the Dallas area. "We don't where she's buried. She was buried under an anonymous name, supposedly."

After leaving Houston and starting up the cult, Applewhite and Nettles ran into trouble with the law.

Applewhite told authorities at the time that he and Nettles were being sent to the Rio Grande Valley by "spiritual guidance."
Posted by Alex Constantine at 9:47 AM