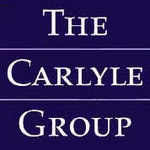 “By banning campaign contributions to those who have sway over pension funds and eliminating the third-party intermediaries that have become dens of corruption, we will ensure reform,” Cuomo said in a statement. “I commend Carlyle for being the first to embrace the Reform Code and leading the industry toward critical change of the public pension investment system.”

Carlyle executives will not be subject to any criminal liability, Cuomo said at a press conference. Carlyle is the second-biggest private equity firm after New York-based Blackstone Group LP. Founded by David Rubenstein with William Conway and Daniel D’Aniello in 1987, it manages about $85.5 billion in assets. ...

Continued
Posted by Alex Constantine at 11:17 AM