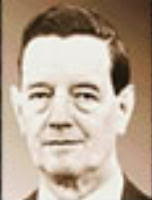 BERLIN -- Gerhard Wessel, a former official in Hitler's anti-Soviet spy operation who became chief of the West German intelligence agency, has died. He was 88.

Wessel died Sunday at his home in the Bavarian town of Pullach in southern Germany, a spokesman for the Federal Intelligence Service said.

Wessel was president of the agency, known by its German initials BND, between 1968 and 1978 and is also credited with founding Germany's military counterespionage agency.

Under Wessel's tenure, the BND informed the West German government three months in advance of the Soviet Union's plans to invade Czechoslovakia in 1968.

The BND also had early information about growing dissatisfaction among shipyard workers in Gdansk, which eventually led to upheaval in Poland in the 1980s.

Wessel was born in 1913 in Neumunster in northern Germany. During World War II he worked at the German army's central command, analyzing the movements of Soviet troops. After the war, he worked for U.S. intelligence and in industry.

Beginning in 1952, Wessel played a role in building up the new West German army and its counterespionage unit. He took over the BND as the successor to Reinhard Gehlen, the former chief of Hitler's Soviet intelligence unit, with whom he had worked during and after the war.

Wessel is credited with turning the BND into a modern intelligence agency that hired academic analysts and electronics specialists alongside agents.

In 1970, he advised against the appointment of Gunther Guillaume to the office of then-Chancellor Willy Brandt. Guillaume was later exposed as a spy for communist East Germany, prompting Brandt's resignation.

Wessel retired from the BND in 1978, when he was 65, and was succeeded by Klaus Kinkel, who later became foreign minister under Helmut Kohl.

Wessel is to be buried in Pullach on Friday. He is survived by his wife and two adult children.
Posted by Alex Constantine at 6:53 PM