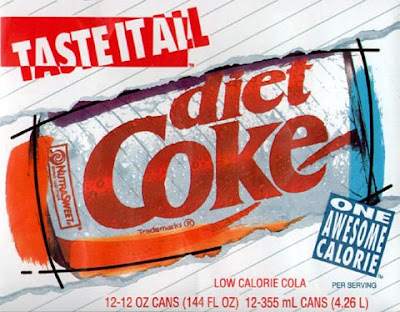 The European Food Safety Authority (EFSA) announced April 20, 2009: ..."on the basis of all the evidence currently available including the [second] published ERF study there is no indication of any genotoxic or carcinogenic potential of aspartame and that there is no reason to revise the previously established ADI (allowable daily intake) for aspartame of 40mg/kg bw/day." Truth be told: aspartame is an addictive excitoneurotoxic, genetically engineered, carcinogenic that interacts with virtually all medications.

EFSA is blinded by allegiance to commercial interests so it invents objections to acclaimed medical research, disregarding the suffering, ruined lives and death their cupidity brings to Europe.

In 2005 the renowned Ramazzini Foundation of Oncology and Environmental Sciences reported a rigorous three years study on 1,800 rats, concluding: aspartame causes significant increases in lympomas/leukemias and is a multi-potential carcinogen. EFSA invented "deficiencies" in the study to protect manufacturers pet poison. The second study, ERF 2007, entirely verified the first. Dr. Morando Soffritti, who led both projects, noted that so much formaldehyde developed in aspartame-exposed rats that their skin turned yellow.

Who is the European Food Safety Authority? In 2002 a review of aspartame a review of aspartame y the European commission, Scientific Committee on Food attempted to pass off this deadly addictive drug as safe. An assessment by the European Anti-Fraud Agency (OLAF) revealed the opinion was written by a single person and not by the entire Scientific Committee on Food. OLAF did not reveal the name of this individual or any scientific expertise or conflict of interest he/she had.

Astonishingly, one unnamed individual writes each opinion of the committees. Next, persons, often industry consultants, review the draft. What is clear: neither the author nor the Committee (including industry consultants) considered or had familiarity with the scientific research detailed in the 2002 analysis.

The European Commission, Scientific Committee on Food is defunct and reviews are now conducted by EFSA, which is composed of many of the same scientists with conflicts of interest who were on the earlier bureaucracy.

America's FDA approved aspartame as a synthetic sweetener in 1981. However, studies given the FDA by the manufacturer hide the fact the poison caused tumors in lab rats.

An interesting twist of formaldehyde fate

On May 14, 2009, the National Cancer Institute confirmed the link between formaldehyde and cancer. The NCIs Laura E. Beane Freeman, Ph.D. reported that an extended analysis of workers exposed to formaldehyde was associated with a 37 percent increased death-risk from lymphoma and leukemia. The overall patterns of risk seen in this extended follow-up of industrial workers are consistent with a causal association between formaldehyde exposure and cancers of the blood and lymphatic system and warrant continued concern, Online: Journal of the National Cancer Institute.

According to Kristina Fiore of MedPage Today, Since the 1980s, the Institute has studied a cohort of 25,619 workers employed before Jan. 1, 1966 in 10 industrial plants that produced formaldehyde in molded-plastic products, photographic film, decorative laminates and plywood. The formaldehyde cohort, originally assessed through Dec. 31, 1979, was then updated through Dec. 31, 1994.

Researchers have not yet identified the mechanism by which formaldehyde causes leukemia but the pattern is consistent with a possible causal association, with the largest risks occurring closer in time to relevant exposure. She called for further study to evaluate risks of these cancers in other formaldehyde-exposed populations and to assess possible biological mechanisms.

Toxicologist, Dr. George Schwartz, told team NutraSweet in 1999 they had presented a one-sided self serving polemic defending their potentially dangerous product and said, As one example, your comment that formate is quickly eliminated by the body is demonstrably false. .. The study done by Trocho et al, Formaldehyde derived from dietary aspartame binds to tissue components in vivo. Life Sciences 63:5:p.337-49, 1998, clearly demonstrates cellular persistence and accumulation, or in laymans terms, that formaldehyde can remain and accumulate in the body.

It is absolutely established formaldehyde converted from the methyl ester in aspartame embalms living tissue and damages DNA.
Posted by Alex Constantine at 7:22 AM