Ward Churchill should not be Reinstated 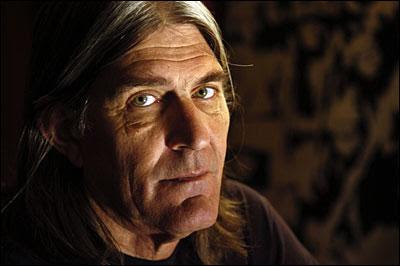 ... Presently, [Ward Churchill] seeks reinstatement as a tenured professor in Ethnic Studies which would allow him to go forth in his “advocacy” role as an American Indian scholar, an identity for which he can offer no authentic evidence. Does one need to say here that there is no Indian nation in America which has given up its right to say who its citizens are?

Actually, the case that should have been tried against Mr. Churchill was a case of fraud, identity theft and scholarly misconduct which Native scholars (who were largely absent from the court as witnesses during the free speech case) have understood from the beginning. The spectacle of Churchill’s claim to Indian heritage has been an ongoing scandal, unfortunately an unchecked plague in the field of Indian studies for which there seems to be no remedy.

Such identity fraud is nothing new since the emergence of Native American Studies at Western universities some four decades ago, when such federal measures as affirmative action tried to bring American Indians, citizens of Indian nations with appropriate scholarly credentials, into the scholarly academies of the country. Since that time, a large number of non-Native academics have claimed Indian identity over the years to get appointments, grant money, Native authority and publications in the field, and they are assisted by universities like CU which generally refuse to go to the Indian agencies for authentification of an applicant’s citizenship.

Churchill is one of the most aggressive and successful opportunistic individuals who has weakened the major purpose of Native studies, the effort to spearhead an anti-colonial movement to represent the interests of all peoples of a colonized country. The defense of indigenous-ness and sovereignty are two of the major concepts to which the discipline is committed. The irony of how Churchill has compromised and exploited these essential concepts escapes no one who knows anything about how hard fought these ideals have been.

It has been known in Native academic circles that Churchill has consistently “ghost” written works and published them under the names of others, then used them as objective sources to support his own perverted histories. This issue of scholarly misconduct alone should be enough to disqualify Churchill from joining the community of Native scholars who know how to do research and apply the rules of academia.

Indeed, when Churchill was hired in his position, several Native American scholars spoke against his hiring during the vetting process, to no avail. It is not only inappropriate, it is another example of colonial domination to allow Churchill to further damage an emerging discipline like Indian studies, which has already been complicated by the ideological grounding of White America’s values and supremacy.

It was never a case of “wrongful termination.” It is not a case of “having a chilling effect on scholars,” as the Society of American Law Teachers has written. It is not a question of “diverse” access. It is a question of allowing an egotistical, failed and disreputable scholar to corrupt the long-overdue emergence of one of the most significant disciplines in academia – Indian studies – to emerge and develop appropriate standards to finally tell the essential story of America in history, politics and literature.