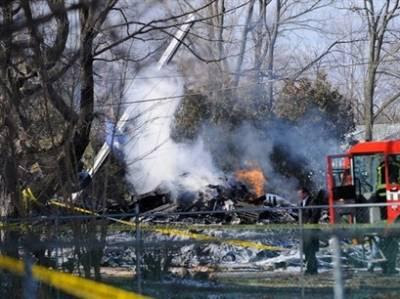 "The mother of First Officer Rebecca Shaw is defending her daughter: ' ... I think I walked out of the hearings in shock, because I truly felt that both she and the captain had been used as scapegoat[s].' ... "

"I heard over and over again the issue of fatigue, the issue that she was sick. And she wasn't fatigued, she wasn't sick ... "

[Compare with New York Times, May 13, 2009: "Pilots Set Up for Fatigue, Officials Say" - "The head of the National Transportation Safety Board on Wednesday told executives of Colgan Air, whose plane crashed outside Buffalo in February, that paying new pilots very low wages without taking into account that some would commute across the country to their jobs constituted 'winking and nodding' at safety policy." - AC] 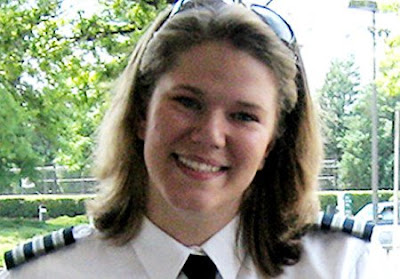 Rebecca Shaw, the co-pilot of the commuter plane that crashed outside Buffalo last Februrary, was not sick or tired when she set off in the doomed plane, her family maintained Friday.

"Rebecca was a professional pilot who took her job extremely seriously," her husband added. "She loved what she was doing, and she ... and the captain would never have stepped into that cockpit if they didn't feel completely comfortable that they were going to make it to their destination."

During three days of hearings this week before the National Transportation Safety Board, testimony suggested that Shaw, 24, and the captain of Colgan Air Flight 3407, Marvin Renslow, 47, were fatigued when they took off.

There was also testimony that Shaw complained of congestion before the flight, which originated in Newark, and may have been too sick to fly.

Shaw's mother, Lynn Morris, said she felt that not enough was said during three days of National Transportation Safety Board hearings about how qualified and dedicated to flying her daughter was.

"I heard over and over again the issue of fatigue, the issue that she was sick. And she wasn't fatigued, she wasn't sick," Morris said.

The pilot and co-pilot apparently didn't notice a sudden drop in the speed of their twin-engine turboprop as the aircraft neared Buffalo Niagara International Airport on the night of Feb. 12.

The plane experienced an aerodynamic stall and plunged into a house below, killing all 49 people aboard and one on the ground - the deadliest U.S. air crash in seven years.

During the hearings, it was revealed that Shaw and her husband had recently moved from Norfolk, Va., near the home base of her employer, Colgan Air Inc., to Seattle, where the couple lived with a relative.

She was working a part-time job to help supplement her $16,000 salary with the air carrier. And the day before the fatal flight, she flew on a FedEx redeye flight to Newark, with a stop in Memphis.

But her husband told "Today" that he talked to his wife shortly before the flight took off and had no complaints.

"She sounded fantastic - sounded like any other time I'd talked to her when she was on the job," he said.

Morris called her daughter "amazing" and said "she didn't take chances with her flying."

"The minute she got on that plane she was ready to fly. She had the training. She had the background. She had the experience," she added. "In my heart I know that she did everything that was humanly possible to make things come out differently."