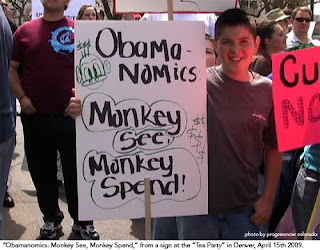 During the congressional recess, Democratic lawmakers have been facing unruly mobs at town hall meetings in their districts. However, the protestors' outrage has been largely manufactured by front groups tied to the oil and energy industries.

FreedomWorks - On August 5, 2009, FreedomWorks released its August Recess Action Kit and encouraged people to "find a town hall meeting near you." Chairman Dick Armey wrote: "We've provided an August Recess Action Kit for you packed with good talking points, important questions, handouts to invite friends to attend events with you, and other helpful resources. Thank you in advance for doing your part. Congresswoman Pelosi will know soon enough that August isn't like any other month, August is when the grassroots took a stand once and for all." [FreedomWorks.org, 8/5/09]

FreedomWorks Has A List Of Town Hall Meetings Over The Recess. FreedomWorks published a list of town halls, stating, Here is your chance to attend a town hall meeting in your area and tell your elected officials: NO CAP AND TAX -- NO SOCIALIZED MEDICINE!" [Google Maps, accessed 8/6/09]

DLA Piper Clients Include Several Energy Corporations. According to the federal lobbying disclosure database, past and current DLA Piper clients include:

While In Congress, Armey Received Over $245,000 From The Oil & Gas Industry. According to the Center for Responsive Politics, the oil and gas industry contributed $246,900 to Dick Armey while he was in Congress, more than any other industry. [OpenSecrets.org, accessed 8/6/09]

Americans For Prosperity Is "Deeply Involved" In Protests. As reported by the Boston Globe, "Conservative activist groups are deeply involved. A leading example is Americans for Prosperity, whose sister foundation is chaired by David H. Koch - a billionaire whose family made a fortune in oil production and whom Forbes magazine in March ranked as the world's 19th richest person - and which also coordinated the 'tea parties' in April protesting Obama's 'irresponsible' economic policies. The groups are running millions of dollars of television ads and have sent a bus across America to stir up sentiment against revamping healthcare. Its website lists town hall meetings planned by Democratic lawmakers to help activists find a venue for protest." [Boston Globe, 8/6/09]

•Americans For Prosperity President Tim Phillips Is Encouraging Members To Attend Town halls. Tim Phillips, president of Americans for Prosperity, wrote on the group's website: "Americans for Prosperity has always encouraged members to visit the district offices and attend town hall meetings of their senators and representatives, especially during this August break when issues like health care and cap-and-trade are at the peak of debate. Our 500,000+ members are concerned about the impact of the cap-and-trade energy tax and a government takeover of health care, and we have a variety of grassroots events going on around the country." [AmericansForProsperity.org, 8/3/09; emphasis added]

"Americans For Prosperity Of Koch Industries"

Americans For Prosperity Has Strong Connections To Koch Industries. In a post titled "Americans For Prosperity Of Koch Industries," The Wonk Room wrote: "The group isn't just funded by an industry CEO, it was planted by one. David Koch, Executive Vice-President of family-founded multi-national conglomerate Koch Industries, is a founder of AFP and a financial supporter through the family-controlled and company-financed Claude R. Lambe Foundation. Koch Industries, Inc. and its sister company, Koch Holdings, LLC, own a group of companies invested in refineries, chemicals, minerals and so on." [The Wonk Room, 7/27/08]

American Solutions For Winning The Future

Newt Gingrich's American Solutions For Winning The Future has been one of the biggest players in the fight against cap-and-trade. The organization has run ads against the bill and provided talking points for conservatives to call members of Congress, while Gingrich has been a constant public face of opposition.

American Solutions For Winning The Future Is Funded By The Largest Coal Company In The World. According to the Center for Public Integrity, "The world's largest coal company and one of the nation's top fossil-fueled power companies are among the leading donors so far this year to Newt Gingrich's political advocacy group, which has been fighting climate legislation on Capitol Hill with a 'Stop the Energy Tax' phone-in campaign to Senate offices.

Peabody Energy, the St. Louis-based coal giant, gave $250,000 to American Solutions for Winning the Future in February, putting it atop the Gingrich-led group's big contributors for the first half of 2009, according to the nonprofit's newly filed report at the Internal Revenue Service. Peabody also gave American Solutions the same amount in 2008. The firm's chief executive, Greg Boyce, has publicly expressed doubts about global warming, so it is not entirely surprising that Peabody would support an issues advocacy group that is going all-out against the climate bill." [Center for Public Integrity, 8/5/09; emphasis added]