Bisphenol A may Impair Learning and Memory 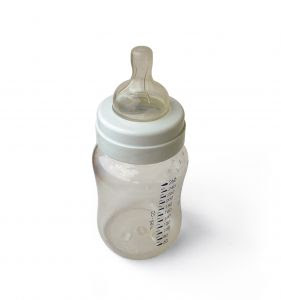 Exposure to bisphenol A, the hormonally active chemical used to make the linings of most tin cans and hard plastic bottles, may be able to alter brain function, impairing the ability to learn and remember, according to a new study by researchers from Canada and the United States.

The study, conducted on monkeys, whose brain development is similar to that of humans, raises the possibility that ailments such as depression, Alzheimer's disease and schizophrenia may be linked to the controversial chemical.

Almost all people living in industrialized societies are exposed to BPA as a result of trace amounts leaking from food and beverage containers.

The researchers, from the University of Guelph in Ontario and Yale University in Connecticut, found that low-level exposure to bisphenol A, or BPA, was able to block the formation of some types of synapses in the brain, the tissue that allows brain cells known as neurons to communicate with each other. The proper development of these synapses is considered crucial for remembering thoughts and experiences, and impairments in them are common in sufferers of depression and other brain-related ailments. ...

Also see: Bisphenol A - Plastics Alert In Canada - Water, Baby Bottles And Other Plastic Containers - Note: "Plastics containing bisphenol A can normally be identified by a stamp with a number seven inside a triangle, along with the letters 'PC.'”
Posted by Alex Constantine at 12:06 PM