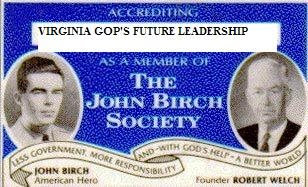 ABC News' Z. Byron Wolf reports: There was a hole in the agenda for Ron Paul's "Rally for the Republic."

Between anti-war author Bill Kauffman and anti-torture lawyer Bruce Fein was a slot on the agenda for "Special Guest." Would it be Bob Barr, wondered some in the media? Perhaps a mainstream Republican to mend fences between Paul's supporters and the people across the river in St. Paul at the GOP convention.

Nope. Out strolled John McManus. Who? John Birch Society board member -- the group also has a booth here -- and a former John Birch Society president, McManus announced that Paul would be speaking at their 50th anniversary celebration in Wisconsin this year.

Another speaker, Howard Phillips, who is chair of The Conservative Caucus, referred at one point during his speech to the "war of northern aggression." (More commonly known as the Civil War).

"I call it that, even though I'm from Massachusetts, because I have studied a little history since then and I know what was going on when Mr. (President Abraham) Lincoln invaded his own country," said Phillips to a very light smattering of applause.

Anti-tax crusader Grover Norquist told the rally, in addition to his work fighting taxes everywhere, he sits on the board of the NRA.

McManus ended his speech, saying, "If you like Ron Paul, you'll love the John Birch Society."

McManus is the only speaker so far not to be introduced by MSNBC's Tucker Carlson, who opened the event today, telling the audience that he voted for Paul in 1988 as a Libertarian.

There have been no less than four seperate chants of "End the Fed," including one for McManus, when talk of the Federal reserve comes up.

The day is young, but so far, there are far short, perhaps half, of the 10,000 to 12,000 supporters Paul staffers predicted. Paul does not speak until 7 p.m. Central time and the agenda is an hour behind schedule, so there is time to fill the seats.
Posted by Alex Constantine at 10:08 PM