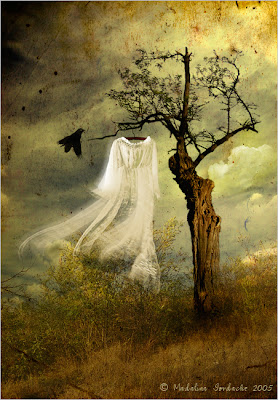 Gross mismanagement of contracts, scare tactics, the disrupted lives of two whistleblowers, and a tragic suicide: Lockheed Martin is being charged with contributing to the death of a Florida lawyer and playing fast and loose with taxpayer money.

In 1999, Lockheed Martin IMS, the wholly owned subsidiary of the world's largest defense contractor, Lockheed Martin Corp., ran the $15 million welfare-to-work program in Pinellas County, Florida. Janet Gifford-Meyers, a lawyer working in the county's economic development office, and Rick Dodge, the chief of economic development for Pinellas County, discovered the company was violating its contractual obligations. They blew the whistle.

Three years later, Gifford-Meyers is dead and Dodge is out of work.

These days, business is booming at Lockheed Martin. They're designing top-of-the-line aircraft like the C-130 Hercules military transport, the F-117 stealth fighter; the F-16 fighter, which has "enjoyed the distinction of being the world's most sought-after new fighter since its introduction two decades ago"; and the F-35 JSF (Joint Strike Fighter), "a family of affordable, lethal, survivable and supportable combat aircraft."

Lockheed Martin is producing state-of-the-art missiles including the AGM-142, "an advanced, precision-guided, air-to-ground missile," and the AGM-114K Hellfire II, "the primary armament for the Army Apache and Marine Corps Super Cobra helicopters… which achieves pinpoint accuracy by homing in on a reflected laser energy aimed at the target from the launching helicopter, or ground-based forward observer."

And there's pick-of-the-litter bombs and warheads, such as the Advanced Unitary Penetrator (AUP), "the next-generation, hard target penetrator munition that provides a lethal capability to penetrate and defeat extremely hard multilayer underground facilities," and the 2000-pound BLU-109 warhead, "the first unitary penetrator for effective use against hardened targets."*

Yes, life is sweet when there's a Bush in the White House and a war without end that needs weapons. As a supplier of weapons, the company has compiled a controversial record; some details of its checkered past were discussed by William D. Hartung and Jennifer Washburn in a 1998 story in The Nation titled "Lockheed Martin: From Warfare to Welfare." Hartung and Washburn pointed out that the company's "fondness for doling out bribes moved Congress to pass the Foreign Corrupt Practices Act in 1977," its "multibillion dollar overcharges on the C-54 transport plane made 'cost overrun' a household phrase," and a $250 million loan guarantee "with no strings attached" led former Wisconsin Senator William Proxmire "to coin the phrase 'corporate welfare.'" And then there was the $600 toilet seat Lockheed produced for the Navy.**

A few years ago, however, when it seemed like the company was going to suffer from the "peace dividend," Lockheed Martin moved into the business of welfare. For a while, as Time magazine reported in 1998, Lockheed Martin's "government-services division... became the fastest-growing part of the company."

Blowing the whistle on Lockheed Martin

Given that it has carved out an enormous reputation by being the world's number one defense contractor, Lockheed Martin is the most well-known company involved in welfare privatization. And although it has won a number of contracts since the Personal Responsibility and Work Opportunity Act of 1996, commonly known as "welfare reform," was enacted, the company's practices have come under fire in several communities. In Baltimore, MD, the company "failed to meet performance goals" the Dallas Observer's Miriam Rozen reported in 1998. Rozen also pointed out that in California the company and the state "mutually agreed to cancel a contract... to build a computerized tracking system for collecting child support... [when] the system's projected costs had skyrocketed -- from $99 million to $277 million."

Contract overruns and failing to meet performance goals pale next to the charges being brought against ASC State and Local Solutions Inc., formerly known as Lockheed Martin IMS Corp. On January 14, a lawsuit was filed in U.S. District Court in Tampa charging that "a campaign of threats and harassment orchestrated" by Lockheed Martin IMS "led to the suicide of a Pinellas County official and disrupted the career of another Pinellas administrator."

In 1999 Lockheed Martin IMS, a wholly owned subsidiary of the defense contractor, was hired to run the county's WorkNet program; the company canceled its contract in 2001. On August 24, 2001, Lockheed Martin IMS was sold to the Dallas-based Affiliated Computer Services Inc. for $825 million. The new company subsequently renamed the acquisition ASC State and Local Solutions Inc.

According to PRNewswire, "Starting in 2000, [Rick] Dodge and [Janet] Gifford-Meyers raised highly critical questions about Lockheed Martin IMS' performance on the Pinellas jobs retraining program. Specifically, they challenged Lockheed Martin IMS' failure to refer clients for retraining, its lack of documentation for invoices, and the listing of a topless bar and a fast-food restaurant as employer locations, according to the lawsuit."

The lawsuit "alleges intentional infliction of emotional distress, wrongful death, placement in a false light, and tortious interference with a business relationship. The lawsuit seeks compensatory and punitive damages in amounts to be determined later."

According to the St. Petersburg Times, Dodge, "a long-time administrator with the city of St. Petersburg... helped lead the effort to build a domed stadium in St. Petersburg and is credited with helping bring Major League Baseball to the city. Gifford-Meyers... had worked with Dodge to help secure the baseball team, and later on county economic efforts."

With the possibility looming that the company would lose its contract with the county, the suit claims that Lockheed Martin IMS "order[ed] one of its own contractors, a self-styled community activist named Theresa 'Momma Tee' Lassiter, to threaten and harass Gifford-Meyers and Dodge. In letters to officials and the media, and in videotaped appearances before local government bodies, Lassiter branded Dodge and Gifford-Meyers as liars, racists and incompetents, the lawsuit stated. Lassiter told others she was going to 'get' Gifford-Meyers, and confronted a visibly pregnant Gifford-Meyers and asked her, 'How would you like to wake up tomorrow and not be a mother anymore,' the lawsuit stated."

In mid-January, Lassiter "confirmed" that she had worked for the company but "she described her role as a 'community liaison' and called allegations that she harassed Dodge and [Gifford-Meyers] 'totally false.'" Lassiter has her own complaints against Lockheed. A few weeks after Gifford-Meyers' suicide, she claimed that Lockheed hadn't paid her $15,000 it had promised her: "They ripped me off, and now I'm being called a harasser and other names," she told the St. Petersburg Times. "I feel like they prostituted me. They used me. I am livid. This isn't right. It's not right, at all."

Gifford-Meyers, who had suffered from bi-polar disorder, died of an overdose of barbiturates in April 2001. Dodge was fired in August 2002 by County Administrator Steve Spratt, who said he could no longer rely on him. Dodge, claims the St. Petersburg Times, "left in a cloud of controversy, which included the Lockheed Martin affair." He claims that Lassiter's attacks "left him with high blood pressure and clinically diagnosed anxiety. He hasn't been able to find work. 'She was a hired assassin. She did her job and did it well. Now we get to go after the truth.'"

"Lockheed Martin IMS's harassment of these two whistle blowers is an outrage that shocks the conscience," said Greg Kehoe, a partner with James, Hoyer, Newcomer & Smiljanich PA, the laws firm representing Dodge and the Meyers family. "Our clients paid the price for the greed of Lockheed Martin IMS."***
•••••••
* Information about Lockheed Martin and four other major defense contractors (Boeing, Northrop Grumman, Raytheon, and Alliant Techsystems), including political connections and lobbying expenditures & political contributions, can be found at The Perpetual War Portfolio, a Web site tracking "five stocks poised to succeed in the age of perpetual war. The stocks were selected on the basis of popular product lines, strong political connections and lobbying efforts, and paid-for access to key Congressional decision-makers."

All quotes describing the above mentioned aircraft and weapon systems are from Lockheed Martin Web sites accessed through www.lockheedmartin.com.

For more information on these and other aircraft and weapon systems see GlobalSecurity.org.
•••••••••
** For more on welfare privatization, see my report "Prospecting Among The Poor: Welfare Privatization," a publication of the Applied Research Center.

*** James, Hoyer, Newcomer & Smiljanich has offices in Tampa, St. Petersburg and Tallahassee. According to its Web site, the firm specializes in whistle blower, consumer fraud and product liability cases.
Posted by Alex Constantine at 10:29 PM