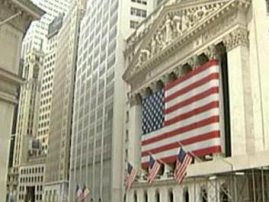 We’re entering that exciting phase of any financial crisis when the lawsuits come fast and furious, criminal charges are lodged, and Wall Street firms agree to pay hundreds of millions of dollars for having snookered their customers once again.

In recent weeks, Merrill Lynch, Goldman Sachs, Deutsche Bank, Citigroup, JPMorgan Chase, Morgan Stanley, UBS and Wachovia have reached settlements with state regulators under which they agreed to pay more than $500 million in fines and penalties. They have also agreed to buy back more than $50 billion in auction rate securities from retail investors who had been misled into believing that those securities were as safe as shares in money market funds.

In addition, a federal grand jury in Brooklyn on Sept. 3 indicted two former brokers at Credit Suisse on charges of lying to corporate clients about how $1 billion of their money had been invested. The investors thought it was in securities backed by federally guaranteed student loans. In fact, it was put in riskier mortgage-backed auction rate securities that earned higher fees for the brokers and their firms, prosecutors said.

The alleged fraud may have caused losses to the clients of as much as $500 million.

Now comes word from Bloomberg News Service that the Justice Department has launched a criminal investigation of JPMorgan Chase and other banks following civil allegations that they conspired to overcharge local governments for hedging on the interest rate risks in their bonds.

What is so telling about these stories is that they come only a few years after these same companies reached similar settlements for defrauding many of the same investors during the telecom and dot-com boom. While the fraud back then had more to do with bogus research and accounting and manipulation of initial public offerings, it is clear that they sprang from the same slimy ethical culture that has produced the current credit crisis. Wall Street has become a fundamentally corrupt enterprise in which the motto is: “We’ll do anything for a fee.”

I refer not to the narrow legal definition of “corrupt,” but to the general instinct to mislead clients, double-cross and collude with counterparties, and pull the wool over the eyes of investors.

It is the kind of corruption grounded in the attitude that it’s all just a game in which the only rules are “buyer beware” and “heads I win, tails you lose.” In a corrupt business culture like that of modern-day Wall Street, cynicism is rampant, candor and accountability are first casualties, and a man is measured by the size of his bonus rather than the depth of his integrity.
It’s not so much immoral as amoral.

The telltale signs of this endemic corruption now litter the financial landscape.

To find it, look no further than the televised bleatings of research directors and equity strategists who, until the last few weeks, were still talking about a stock market rebound in the second half of the year and have never once forecast a losing year for the S&P 500.

You can find it in the spectacularly misguided mergers and acquisitions that were conceived, negotiated, blessed and underwritten by investment bankers who are paid enormous fees no matter how things turn out for investors.

There would have never been a subprime mortgage crisis if Wall Street’s underwriters had not been on the phone to bankers and brokers with incessant calls for more “product,” by which they meant any loan for any amount to any borrower that could be packaged and sold off without even a pretense of due diligence.

These people have racked up half a trillion dollars in credit losses, wiped out five years of shareholders’ profits and taken the wind out of the sails of the global economy.

Given the situation, you’d think the leaders of this industry would have stepped forward to acknowledge the extent of the damage and apologize for their deep complicity in it. Instead, they have pointed fingers at the media and short-sellers, offered lame excuses about unforeseen market forces and warned of dire consequences from increased regulation.

This is an industry that has lost all credibility. Its fundamental problem is a corrupt culture that is shaped by inflated fees and excessive compensation that bear too little relation to the risk, skills and innovation involved. Until that excessive compensation is competed away and that culture is transformed, Wall Street will continue to serve up a steady diet of booms, busts and financial scandals.

Should The US government bail out American corporations?

Does corporate America share its profits with the tax payers? The answer is absolutely not.
Do they share the profits with their employees? The executives are paid millions.
The US Government should bail out all corporations large and small is that right? The answer is no. If it is a viable business, they can raise the money from investors, if not, let them close shop.
If the government decides to bail them out if should be at a cost (like shares in the company) where the government will make money and have a say in running the company. Even better have a public referendum where the voters decide.
Carmakers want money from the government; the financial institutions want money - where does it stop?
It is about time corporate America should learn they have to stand on their own feet. Where is corporate America financial responsibility?
They claim the government is abusing its financial responsibility; it seems Corporate America is no better. They also go to their workers to take a pay cut, is that fair? It seems the little guys are the ones that always pay the price for corporate financial abuse and miss-management.
Other corporations in the world are not asking to be bailed out - they go out of business.
Jay Draiman
PS
The corporate barracudas have no conscience they will step on anyone, stab anyone in the back and fudge the numbers to climb up the corporate ladder and receive the hefty bonuses.
As family values have declined in the last half a century so has corporate integrity and honesty, it seems that corporate America will do almost anything for the buck ($) no holes barred.
What a shame that corporate America has sunk so low.
The government is no different, honesty and integrity is a foreign language, they only serve the special interest groups. (We all know why).
What happened to the American people who placed their trust in the government? (The public officials they voted for).
We are faced constantly with another corporate or governmental scandal of wrongdoing. When is the American public going to wake up and demand an honest government and honest corporate America? Americans wake up before it is too late.
Jay Draiman