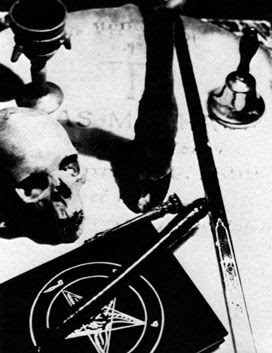 The federal judge who initially sent Damien Echols’ appeal back to state courts has recused from the case. In a one-sentence order filed Wednesday, U.S. District Court Judge William R. Wilson Jr. said that “some of the principals in this case are long-time acquitances and friends of mine.”

It was not immediately clear who would take over the case or if Wilson’s recusal would affect Echols’ pending appeal to the Arkansas Supreme Court.

Echols and two others were accused of killing three second graders in a Satanic-like ritual. The boys were last seen riding their bikes May 5, 1993. Their bodies were found in a ditch the next day.

http://www2.arkansasonline.com/news/2008/sep/24/judge-echols-case-recuses-himself/?print
Posted by Alex Constantine at 11:07 AM