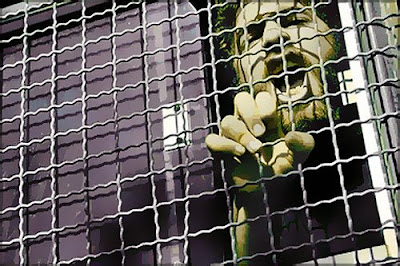 LONDON, (LifeSiteNews) - In an interview, Baroness Mary Helen Warnock has said that people suffering dementia have a duty to commit suicide. Baroness Warnock, called the "philosopher queen", is regarded as Britain's leading moral philosopher. She said that she hopes people will soon be "licensed to put others down" who have become a burden on the health care system.

She told the Church of Scotland's Life and Work magazine, "If you're demented, you're wasting people's lives - your family's lives - and you're wasting the resources of the National Health Service." In another article for a Norwegian periodical, titled "A Duty to Die?" she suggests, "There's nothing wrong with feeling you ought to do so [commit suicide] for the sake of others as well as yourself. In other contexts, sacrificing oneself for one's family would be considered good. I don't see what is so horrible about the motive of not wanting to be an increasing nuisance."

Baroness Warnock's comments come as prominent voices in Britain's House of Lords continue to advocate for legalised euthanasia and assisted suicide. Nadine Dorries, the Conservative MP for Mid-Bedfordshire, said she was concerned about the influence Warnock has. "Because of her previous experiences and well-known standing on contentious moral issues, Baroness Warnock automatically gives moral authority to what are entirely immoral view points."

Contemporary utilitarianism - the idea that individual lives are of no inherent value and can be sacrificed for the good of society - is widely held in modern academia and medical circles. The principles of utilitarianism form the foundation for the modern "bioethics" (of which Baroness is a prominent proponent) that has largely replaced traditional Natural Law medical ethics that follow the principle of "do no harm" in many modern national health care systems.

John Smeaton, director of the Society for the Protection of Unborn Children, wrote that Warnock's comments are "a regression to the brutal ancient world, when enforced suicide as a punishment was commonplace."

Warnock's ideas, however, can also be traced to a period of history much closer to our own. In his book The Origins of Nazi Genocide: from Euthanasia to the Final Solution, US holocaust historian Henry Friedlander chronicled the growth and application of utilitarian and eugenic philosophies identical to Lady Warnock's.

Under the influence of utilitarian eugenic philosophies, also called "social Darwinism", German officials in the 1930s instituted a program of mass euthanasia for persons the state considered undesirable, labeling them "lebensunwertes leben": life unworthy of life and "useless eaters." Among the groups targeted for euthanasia were developmentally disabled people, disabled children, and elderly people suffering from dementia.

In Nazi Germany's Aktion T4 programme, in which the gas chamber technology was developed, patients "judged incurably sick, by critical medical examination," were killed by physicians on the grounds that they were a burden to their families and to the state. After the war, the Nuremberg Trials found evidence that about 275,000 people had been euthanised.

An important part of the Nazi euthanasia program was a campaign of propaganda to convince the public that euthanasia was a "compassionate" solution for patients and their families and that it would control the costs of health care.

As one of the world's most prominent proponents of the "new" utilitarianism, in 2005, Baroness Warnock said that Britain should follow the Dutch euthanasia model in setting an age limit below which premature babies would not routinely be resuscitated. She said that only those infants who show a strong chance of living to be healthy should be allowed to survive.

Her interview this week was not the first time she has suggested that there is an obligation for suicide among seriously ill people. In 2004, she told the Times that parents who want to continue medical treatment for their seriously ill children should have to pay for it themselves. "I don't see what is so horrible about the motive of not wanting to be an increasing nuisance," she said. "I am not ashamed to say some lives are more worth living than others."Maybe it has to come down to saying: 'Okay, they can stay alive but the family will have to pay for it.' Otherwise it will be an awful drain on public resources," she said.

http://www.catholic.org/international/international_story.php?id=29538
Posted by Alex Constantine at 10:07 AM