For immigrants who fled their homelands to escape the daily reality of political violence, violence — though in another form — may have followed them across the borders, according to new research released by the Yale School of Public Health.

In the first research study of its genre, researchers found that immigrant men from the Caribbean and Cape Verde who had been exposed to political violence, either directly or indirectly, were twice as likely to have perpetrated physical or sexual domestic violence in the past year, said lead author on the study Jhumka Gupta, researcher at the Yale Center for Interdisciplinary Research on AIDS.

Of the 379 immigrant men living in the Boston area who were surveyed, over 20 percent reported some level of experience with political violence in their home countries, ranging from being detained and having family members disappear to — in some extreme cases — witnessing or experiencing torture, rape or murder, Gupta said.

Over 30 percent of the surveyed group admitted to perpetrating violence in an intimate relationship — compared to just under 15 percent who admitted to domestic violence among men who had never experienced political violence, controlling for a comprehensive range of demographic factors such as race, ethnicity and length of time spent in the United States.

To improve participants’ self-reporting of a stigmatized issue like violence, the team used an Audio Computer Assisted Survey Instrument, which circumvented the need for the experimenter’s physical presence in the survey room, she said. The ACASI orally presented questions to participants on headphones, and participants were asked to key in their responses on a laptop, using a simplified keyboard, protecting their privacy.

While a whole body of literature exists linking experiences of childhood violence, such as child abuse, with domestic violence in adult life, this is one of the few studies looking at the predictors of domestic violence from a broader public health context, Dolores Acevedo-Garcia, researcher at Harvard School of Public Health and co-author on the study, said.

“Violence research has conventionally been very individually and family-level-focused,” she said. “We’re looking at a very different context — at social cultures of violence. Violence is a social issue, not just a developmental issue.”

The niche is one that Gupta has spent much of her professional life carving out in the literature. This study follows an earlier investigation she led while at HSPH reporting that the incidence of domestic violence among immigrant couples increased with time spent in the United States, said Garcia. The reason, Acevedo-Garcia said, is that the stresses associated with immigration make immigrant men less likely to resort to violence early during the period of relocation to the United States. 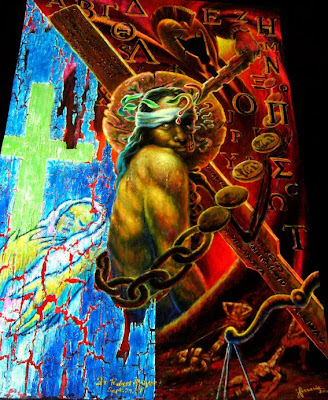 This study flips that age-old question on its back by investigating the reasons men fall prey to patterns of violent behavior in their marital relationships, she said.

“The truth of the matter is that [the perspective of women’s victimization] isn’t really going to help prevent domestic violence,” she said. “The majority of men are perpetrators, and that’s the behavior we need to change.”

While the study’s research question does not deny the responsibility of the male perpetrator in domestic violence, it is sympathetic to the context in which that responsibility evolves, Acevedo-Garcia said. Instead of targeting the qualities that prime a man to physically or sexually abuse his spouse, the investigators are interested in examining the trauma or underlying psychological distress that may have bred that violence.

By examining the issue in the immigrant population — instead of a population already at high risk for domestic violence, such as jail residents — the researchers avoided the common pitfall of biased samples that many research studies into men’s perpetration of intimate violence fall prey to, Gupta said.

Indeed, the traumatic effects of political violence can be long lasting, even when experienced in childhood or vicariously, and are often transmitted intergenerationally, said Harvard psychology professor Kaethe Weingarten, who studies the psychological effects of violence from a clinical standpoint.

Another — likely complementary — hypothesis is that gender roles may become more rigid during times of political instability, causing a temporary hike in domestic violence, Gupta said. When immigrants move to the United States, they may simply relapse into familiar patterns of behavior, she said.

The hypothesis is one grounded in some anecdotal evidence. The link between political and domestic violence first struck Gupta when she was working at a hospital in rural Haiti. During an outbreak of public violence, by talking to women being treated at the hospital she heard that many were being abused much more than usual by their spouses, she said.

Gupta said research studies such as those ongoing at Columbia — involving interviewing former guerilla soldiers about their experiences with violence — may help clarify some of these complicated mechanisms.

Gupta’s study was published in the American Journal of Public Health last month.