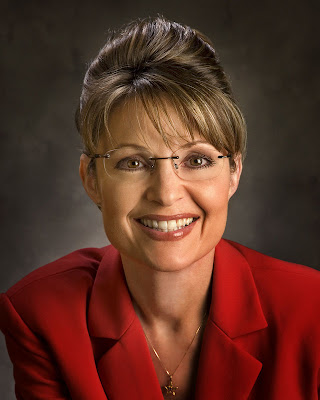 On its face, it's an unusually inane thing to say. Unless Ted Stevens is a nuclear power with autocratic tendencies, the analogy is rather a childish one for a United States senator to make on national television.

But more to the point, Graham's just wrong. Palin didn't "take on" the allegedly corrupt Alaskan senator; she allied herself with him throughout her brief political career. That includes, we learned today, Palin's work on Stevens' 527 group.

Alaska Gov. Sarah Palin began building clout in her state's political circles in part by serving as a director of an independent political group organized by the now embattled Alaska Sen. Ted Stevens.

In the grand scheme of things, this is probably not the most serious of revelations. It's interesting, I suppose, to connect Palin to one of the more scandal-plagued lawmakers in Washington, but most Americans probably don't even know who Ted Stevens is.

More importantly, though, doesn't it seem as if the McCain campaign's talking points on Palin need a complete overhaul?

And the campaign boasted about Palin "taking on" Stevens, and that's wrong. Did the person who wrote the talking points have any idea who Sarah Palin is?

When Palin was running for governor in 2006, she ousted long time Alaska fixture Frank Murkowski in a hard fought primary. Stevens and Murkowski are long time friends and Palin was able to defeat the sitting governor by running on ethics and clean government reformist platform.

Stevens ultimately came to endorse Palin, but it was late in the game. He endorsed her less than three weeks before the general election, although he did cut a television advertisement for her.

In July of last year, Palin shocked and angered Stevens by publicly criticizing him for his role in the VECO scandal and called for him to speak out about it.

"I think I join others in wanting to know of the senator's innocence," Palin said. "Right now, we're not hearing anything."

When Stevens was indicted last month for month on corruption charges, Palin said the indictment "rocks the foundation of the state" and added that she shares with others "dismay" and concern.

Stevens is running for re-election to the Senate this year, and he is in a tough race. He survived his primary last week, despite the fact that Palin backed his opponent. But in the general election, Stevens is trailing in the polls to the popular Democratic mayor of Anchorage, Mark Begich.

But the relationship between Palin and Stevens is not completely frosty, and he needs her help. Palin is by far the most popular politician in Alaska right now, with approval ratings above 80 percent.

They came together this summer for a joint press conference on energy initiatives. Both support drilling in ANWR, and Stevens has lent tacit support for Palin's effort to build and pay for a natural gas pipeline through Alaska.

And Stevens went out of his way to compliment Palin this summer in interviews, saying she was on the right track as governor, praising her plans to handle the state's energy crisis and telling Alaskans she'd make a good vice presidential pick for McCain.

"People come up and ask me what is she like and how is she doing," he said. "I've been asked that, and I've told them I think she would be a good vice president."