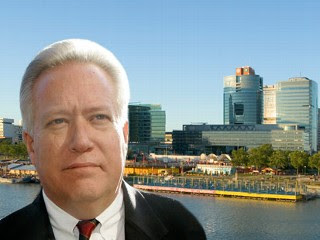 A former top CIA official accused of corruption and fraud is threatening to expose the identities of numerous agents and programs as part of his defense, prosecutors said.

In a court filing, prosecutors allege that former CIA executive director Kyle "Dusty" Foggo is trying to gum up the works of his trial, scheduled for November, by delving into classified information that is irrelevant to his case. Foggo is charged with 28 counts of wire and mail fraud, unlawful money transactions and making false statements.

Prosecutors say Foggo has threatened "to expose the cover of virtually every CIA employee with whom he interacted and to divulge to the world some of our country's most sensitive programs - even though this information has absolutely nothing to do with the charges he faces."

Prosecutors also allege his lawyers are seeking to introduce classified evidence to "portray Foggo as a hero engaged in actions necessary to protect the public from terrorist acts" to gain sympathy from jurors.

Foggo's efforts to disclose classified information are "a thinly disguised attempt to twist this straightforward case into a referendum on the global war on terror," wrote prosecutors Valerie Chu, Jason Forge and Phillip L.B. Halpern in a court motion filed Friday in U.S. District Court in Alexandria (web|news) .

The government wants U.S. District Judge James Cacheris to hold a closed hearing on whether the information is admissible at trial and if it is relevant to Foggo's case.

Mark MacDougall, Foggo's lawyer, declined comment Tuesday on the government's filing. Defense filings regarding the classified issues are under seal.

In public filings, the defense has complained that prosecutors manipulated the grand jury process to gain an unfair advantage. Those arguments were rejected by a judge.

It is not unusual for defendants in national security cases to claim that they must disclose classified information in their defense, experts said. The practice has a name, "graymail," and Congress has passed laws instructing courts to protect classified information by crafting unclassified substitutions that can be released at trial.

"Litigants will always try to embarrass the other side" or make it more painful for the other side to proceed against them, said Nathan Sales, a professor of national security law at George Mason University. "It's a pretty shrewd litigation tactic, and it's a pretty common one."

Generally, judges are good at balancing a defendant's needs against national security, and are adept at spotting graymail when they see it, Sales said.

The case against Foggo resulted from an investigation of former Rep. Randy "Duke" Cunningham, R-Calif., who admitted taking bribes from defense contractor Brent Wilkes, a close friend of Foggo's.

Foggo is accused of accepting tens of thousands of dollars worth of gifts from Wilkes, and helped steer contracts to the contractor, including one for delivery of bottled water to covert CIA locations for a 60 percent markup.

Foggo, who was the CIA's third-ranking officer when he left in 2006, also is accused of pulling strings to get his mistress hired at the agency and stationed close to him.

Citing the pending trial, CIA spokesman Mark Mansfield declined comment Tuesday, except to say that the agency continues to cooperate with investigators.