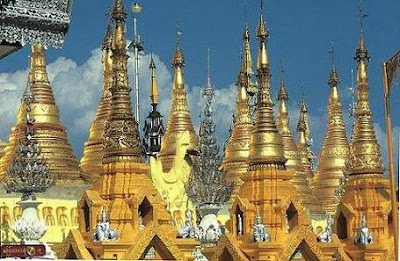 Dhaka: The Burmese military government has accused the CIA via its state-run newspaper of involvement in the assassination of a Karen commander from the KNU who wanted to negotiate a ceasefire with the junta.

The article published Saturday in The Mirror, also known as Kyimon, claimed that the assassination of Colonel Kyi Min was a CIA plot, and that KNU operatives were acting under CIA control.

The murder occurred as he was returning to his headquarters from a Burmese army camp after discussions with Burmese officials.

The Mirror report also made accusations that one general from the US Army and CIA visited an insurgent group to provide military aid and training to detonate bombs inside Burma. The report did not, however, mention the name of the respective insurgent group on the border.

The US officials were also accused of praising several insurgent groups, including the ABSDF, NCGUB, SSA-A, CRDB, and DAB for efforts to "foil the stability and development of Burma" by means of terrorist act such as bombs planted inside Burma.

The Burmese military government often makes such accusations against the United States and Britain whenever public unrest stirs in Burma, said one Burmese politician.

Narinjara News (NN) was founded by a group of Arakanese in exile in Bangladesh from Burma in 2001 seeking to voice for the people depriving of human and democratic rights and to pave the way for them who are struggling for those rights. The Narinjara News is an independent organization, not affiliated with any political party or organization. Any opinion or advice relating to our News Agency is warmly welcomed and please email to: narinjara@narinjara.com
Posted by Alex Constantine at 1:47 PM