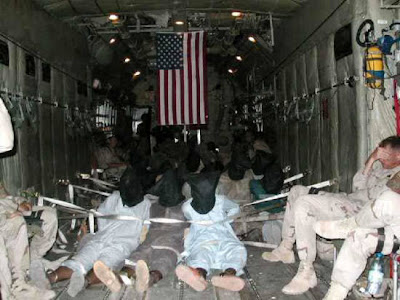 SAN JUAN, Puerto Rico (AP) - After years of indefinite confinement, many detainees at Guantanamo Bay say they feel they may never receive justice, according to transcripts of hearings obtained by The Associated Press. Fewer than one in five of detainees allowed a hearing last year even bothered to show up for it.

The frustrated words of men, some of whom admit to fighting with the Taliban but swear they would go peacefully home if released, illustrate the seething tension at a prison where hundreds are held without charges. The transcripts also underscore that the U.S. allegations against the men are often as difficult to substantiate as they are for the detainees to refute.

Sometimes the allegations alarmed even the panels of military officers charged with determining whether a detainee should be freed.

Rahmatullah Sangaryar stood accused of ``planning biological and poison attacks on United States and coalition forces in Kandahar, Afghanistan'' and of possessing anthrax powder and a liquid poison.

The Afghan detainee said he was captured only with muddy clothes, possessed no anthrax and never planned such an attack. The officer in charge of the panel seemed to grope for a response.

``Do you know of anyone who would accuse you of such an act? This is so serious,'' the unidentified officer exclaimed. ``I am trying to understand why it is here in front of me, this allegation against you.''

The military has released a greater number of detainees from Guantanamo Bay than the roughly 340 men who are there today. As of Sept. 6, the U.S. had transferred or released about 435 prisoners from Guantanamo to more than two dozen nations since the detention center opened in January 2002. Most were subsequently released by their home countries.

But last year, the Administrative Review Board panels determined that 83 percent of the detainees whose cases they deliberated were too dangerous to be sent away, and authorized only 17 percent for transfer to other countries.

After AP filed a Freedom of Information Act request, the Pentagon on Friday handed over transcripts of 64 hearings in which the detainees appeared in 2006. In a letter to the AP, the government said it was withholding three transcripts because they would undermine ``particularly strong privacy interests.''

The transcripts provide a rare opportunity to hear from the detainees themselves, and show increasing despair and frustration.

``It appears that our lives don't mean anything to the Americans ... I have a feeling that I might be here until my death,'' Mohammed Nasir Khusruf, a 60-year-old detainee from Yemen, told the ARB - the second to hear his case.

At the ARBs, conducted in a trailer inside the Guantanamo detention center, detainees are unable to confront those who have made statements against them. They are not provided with attorneys. The Bush administration has denied the Guantanamo detainees access to civilian courts and only three are charged with war crimes under a new military commissions system that has already run into a legal snarl.

``I am entering the fifth year,'' Afghan detainee Hamoud Abdullah Hamoud Hassan al-Wady told his panel. ``I want to see American justice. Where is it?''

The unidentified military officer heading the panel told al-Wady that this was his opportunity to ``clear up some of the allegations that have been presented to us.'' 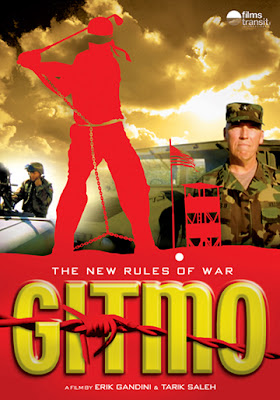 Yet in case after case, the source of often very serious accusations against the men is unclear, hamstringing detainees' efforts to contest the allegations.

In a case that illustrates the frustration, a military panelist told Mohammed Ali Salem al-Zarnuki that ``a senior al-Qaida operative'' had claimed he was seen in Kabul ``at the front lines.'' Al-Zarnuki, a Yemeni who was arrested in Pakistan, had repeatedly denied ever being in Afghanistan.

``As I had said before, I don't know Afghanistan,'' al-Zarnuki insisted to his military panel. ``I wish you would bring that guy so I can talk to him. Maybe I look like someone he knows.''

Sometimes the frustration seemed to come from the other direction, as in the case of an Afghan detainee who insisted he was a simple merchant.

``I am very curious as to why a shopkeeper would be here. I find it very puzzling,'' a panel member said. It was impossible to gauge from the transcript whether the officer was salting his remarks with irony.

Only about 18 percent of detainees showed up for the ARBs out of the 330 cases considered last year, the military said. It was the second round of panels which determine whether a prisoner should continue to be held or be transferred from the base in southeast Cuba. Most of the first round of ARBs was held in 2005.

The detainees who chose to participate, for the most part, were cooperative and polite, at times admitting they attended combat training camps in Afghanistan or fighting for the Taliban against the rival Afghan Northern Alliance.

Some said they were simply farmers or shopkeepers swept up by U.S. or allied forces in the aftermath of the Sept. 11, 2001, terror attacks. None acknowledged any major role in international terrorism.

Ayman Saeed Abdullah Batarfi, a doctor from Yemen, acknowledged treating wounded al-Qaida fighters at Tora Bora in Afghanistan, but said he was forced to do so. He said he wasn't a terrorist.

``I deny these allegations against me,'' Batarfi said. ``It is the same information used against me last year. ... I don't want to be back to the same point again next year.''

Some detainees, explaining how an innocent man could wind up at Guantanamo, said they had been captured in Pakistan and sold for bounties to U.S. forces - a practice that has been denounced by Amnesty International.

``You did not catch us in Pakistan - we were sold in Pakistan,'' said Abdennour Sameur, an Algerian. ``The Pakistani army was very poor, that's why they were selling us to you.''

Al-Zarnuki said he was also sold for a bounty, and added that his own money went missing during his arrest in Pakistan.

''So the Pakistani government made money twice, from our pocket and from your pocket,'' he told the military panel.

In contrast to the others, one Yemeni detainee proudly proclaimed himself a holy warrior and "an enemy of the United States.''

Abdul al Rahman al Zahri praised the Sept. 11 attacks and other terrorist strikes and said they were retaliation "for your criminal acts and your military invasion (of) the Islamic countries.''