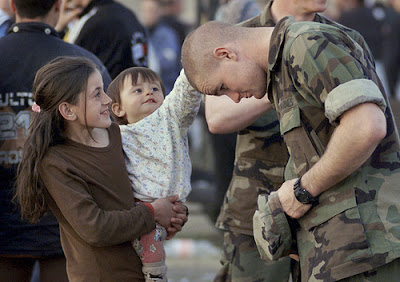 "What prompted him to go in and commit that crime remains undetermined and may never be known," Picanzo said. "We have had so many different and conflicting statements from people."

All three men died in Gonzalez's home on Hickory Oak Boulevard on Aug. 21, but the bodies were not discovered until Thursday.

"All three associated socially and professionally to some degree," said Picanzo, who did not know how the three met.

Gonzalez, 39, was the president of Strategum Group and a former head of the Republican Party in Georgia. He managed U.S. Rep. Tom Feeney's 2002 campaign and the 2003 Orlando mayoral campaign of advertising executive Pete Barr.

Abrami, 36, an attorney who previously worked with Orlando political consultant Doug Guetzloe, had a room in Gonzalez's house. He graduated from the University of Central Florida and Washington & Lee University School of Law and clerked for a federal judge in Alabama before practicing antitrust law in Atlanta, according to his online resume.

Drake, 30, a graduate of St. Cloud High School, installed tile and wood flooring and lived in east Orange County, according to family members.

A handgun and ammunition found in a backpack near his body belonged to Drake, according to the Sheriff's Office. Picanzo said Drake did not leave a suicide note.

"The investigator told me this morning, and I'm having a hard time believing it," Drake's stepfather, George VanDriessch, said in a telephone interview. "The guy was the most upstanding guy I ever met -- you'd want to salute him when he walked up to you."

Gonzalez was buried Monday in Miami.

A memorial service for Abrami is scheduled for 2 p.m. today at First Presbyterian Church of Orlando,106 E Church St., according to his family.

"The family and friends of David Abrami are overwhelmed by the outpouring of prayers and love expressed in celebration of David's life," they said in a written statement. "This support has been extremely helpful in getting through this very difficult time."

Drake, who served in Kosovo with the Marines in 1999, will be buried Sunday or Monday in Rutherfordton, N.C.

"He'll be buried in the family plot where the soldiers in our family have been buried since the Revolutionary War," said his aunt, Cynthia VanDriessche.

Henry Pierson Curtis can be reached at hcurtis@orlandosentinel.com or 407-420-5257.
Posted by Alex Constantine at 12:44 PM