Who is Foster Freiss? 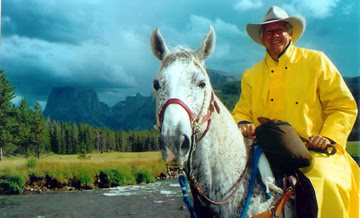 ... Foster trained at Fort Benning, Georgia as an Army infantry platoon leader and then served as the INTELLIGENCE officer for the First Guided Missile Brigade in El Paso, Texas. Foster served as director of research for Brittingham, Inc., a New York Stock Exchange firm until 1974, when he founded Friess Associates.  Lynn and Foster have four grown children and six grandchildren.

Friess Associates now manages approximately $10 billion in assets for clients that include the Brandywine Funds and Fortune-500 corporate pension plans.  BusinessWeek called Foster “the longest-surviving successful growth stock picker,” and Ron Insana of CNBC dubbed him “one of the last century’s great investors.”  Books highlighting his insights and achievements include “Investing Under Fire” by Alan Ackerman, “Secrets of the Investment All-Stars” by Kenneth A. Stern and “The Entrepreneur’s Creed: The Principles and Passions of 20 Successful Entrepreneurs” by Merrill Oster, Mike Hammel and Bill Bright.
••••••••••••
http://www.newwest.net/index.php/city/article/fostering_more_deadly_propaganda/C101/L101/

WHO DO YOU TRUST TO TELL THE TRUTH ON IRAQ?
Fostering More Deadly Propaganda?

JACKSON, Wyo. – Last week, a local philanthropist, Republican moneyman and apologist for Vice-President Dick Cheney went on a full-blown marketing campaign questioning the integrity of a local anti-war group, calling on critics of the Bush administration to raise the tone of the bitter debate over Iraq to something he deems “civil.”

With clever derring-do, in his full-page color advertisement run in the uncritical and slack local press, FOSTER FREISS turned the tables on Jackson’s rising and vocal minority of anti-war protesters.

Some of those present at the march and rally on Aug.11, and afterward, charged the vice-president and other Bush administration officials with publicly “sexing up” the case about WMD and Saddam’s hand in 9/11, accompanying White House drumbeats leading to the U.S. invasion of Iraq.
In his ads, Mr. Friess opines that it’s the protesters who are lying, patronizing them, as if he alone held a monopoly on the truth, as: “(I)ll-informed or deceitfully willing to destroy another’s reputation to advance their own selfish political agenda.”

You’d think someone as sure of his own moral superiority and pedagogic denunciations of others would have thoroughly vetted his sloppy essay before allowing it to be published and so nakedly available for all the world to do for him.
••••••••••••
http://www.motherjones.com/news/special_reports/coinop_congress/97mojo_400/profile14.html 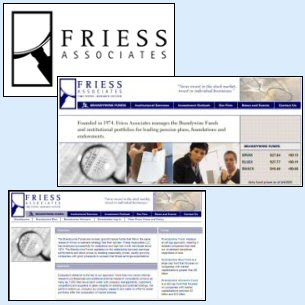 Party Faithful: His passions are religion, Republicans, and raising money.
by Suzanne Herel

Republican Foster Friess' Delaware investment fund is so successful that even the state Democratic Party chairman -- himself an investment banker -- belongs. But Friess breathes more than business. "The most important thing in his life is his belief in Christ as his savior," says friend Art Brosius, who met Friess at Bible study.

And faith influences his politics. He's vice president of the Council for National Policy, the secretive group headed by former Attorney General Edwin Meese that includes Oliver North and Pat Robertson and influenced the fundamentalist planks in the GOP's 1996 platform.

Friess helped raise more than $1 million for unknown politico Raymond Clatworthy's failed 1996 bid to unseat Sen. Joe Biden (D-Del.), persuading investment bankers nationwide to contribute $1,000 each. His $260,000 in donations to the National Republican Senatorial Committee, headed by Sen. Al D'Amato (R-N.Y.), drew criticism because they began pouring in days after D'Amato resurrected a bill that will save the mutual fund industry billions by lifting state regulations. Friess shrugs it off: "I have never talked to anyone about the bill."

As for his future calling, Friess has weighed a presidental bid. But, he says, "I then would have to worry about my wife, who is very attached to making chocolate chip cookies."
••••••••••••
Foster Freiss Home Page: http://www.fosterfriess.com/
Posted by Alex Constantine at 12:06 PM