An official U.S. warning that Western interests in Nigeria are at risk of a terrorist attack has provoked a strong reaction from the Nigerian government. A government spokesman rejected the report as "an unfair stigmatization." Gilbert da Costa in Abuja has more in this report for VOA.

Nigerian Information Minister John Odey told VOA on Friday that the warning was offbase and negates the new government's efforts to forge stronger ties with Washington . 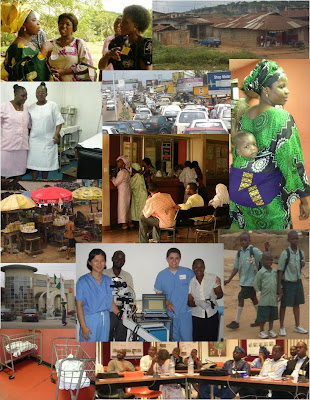 "We consider it unfair stigmatization," said Odey. "They don't have any reason whatsoever, because the reason they are quoting, they were referring to 2006 and it is very, very unfair."

"We know that they should understand our problems now that Nigerians are collaborating with government on all aspects of endeavor, particularly as it pertains to issues of national security. We expect that they should have understanding with us, like we also have understanding with them on other issues about terrorism and all that in their country, which of course have a worse dimension than the security problems that we have," he added.

The U.S Embassy in Nigeria issued a warning to Americans in Nigeria saying western interests in Africa 's largest oil producer were at risk of a "terrorist attack." The statement gave few details but mentioned official and commercial sites in Lagos and the capital Abuja as possible targets.

Security in the country's oil producing southern region broke down after militants launched an armed campaign seeking oil revenue more than a year ago. Their raids have cut off at least 25 percent of Nigeria's oil output.

But Odey says the new government has made significant progress in bringing the Niger Delta crisis to a close.

"They should appreciate our problems which we have the capacity to maintain, and which the government has so far been able to curtail," said Odey. "We've been able to settle issues of restiveness in the Niger Delta and we are working towards implementing our master plan in collaboration with every stake holder in the Niger Delta, to ensure that we bring development to every part of this country, particularly the under developed Niger Delta."

American officials have since played down the warning, saying the advisory was based on "very non specific threat information." Nigeria is the largest U.S. trading partner in sub-Saharan Africa , accounting for 11 percent of U.S. crude imports.