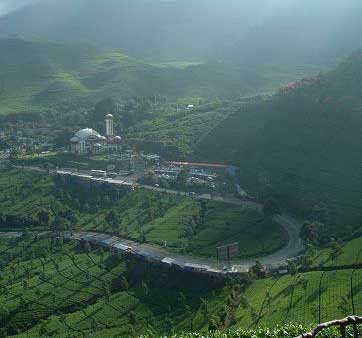 " ... The documents, as stated in the book, reveal many hitherto largely unknown events, such as a CIA plan to assassinate Sukarno at the Bandung Conference in 1955. ... "

Better dead than red. The slogan symbolized U.S. fears of communist expansion and gained currency during the 1940s to 60s. After World War II, the world entered the Cold War between the "Communist Bloc" (led by the Soviet Union) and the "Free World" (led by the U.S.). The mutual antagonism that ensued became a hallmark of U.S. foreign policy, including toward Indonesia.

With an emphasis on the Eisenhower and Kennedy administrations, he shows that Indonesian history during the Cold War was greatly influenced by relations with the U.S.

He explains they were shaped by three factors. First was U.S. economic and political interests.

American oil companies had operated in the archipelago since 1920. In 1939, American explorers discovered the largest oil field in Southeast Asia near Minas, in central Sumatra. By the eve of World War II, the Netherlands colony provided the U.S. with 33 percent of its rubber, 80 percent of its palm oil and 90 percent of its quinine.

After Indonesia's Independence was proclaimed Aug. 17, 1945, the Truman administration attempted to bring Indonesia under Western control. As the fifth-largest country in the world with abundant natural resources and a strategic location, Indonesia became a power in Asia with great potential.

If Indonesia fell into the hands of the communists it would surely jeopardize U.S. interests in the continent.

As a U.S. ally, the Dutch were supported by Washington to restore their prewar colonial government. But U.S. policy led to communist influence growing rapidly in Indonesia. It culminated in a rebellion by the Indonesian Communist Party (PKI) in Madiun on Sept. 18, 1948.

After the rebellion was suppressed, the U.S. realized that Indonesian leaders including Sukarno were not pro-communist. It led the U.S. to change its policy to one of support for Indonesian independence.

The second factor was a variety of internal struggles within U.S. administrations, which were heavily reliant on policymakers. The second Eisenhower administration (1957-1961) is a concrete example.

They warned that Indonesia might gradually be taken over by communists. Having been suppressed in 1948, the PKI had grown as a major political power that secured fourth place in the 1955 election.

In 1957, Sukarno replaced the Western-style parliamentary system with what was termed "guided democracy". He continued with the formation of the Gotong Royong (mutual assistance) Cabinet, which aimed to accommodate all major political parties and other groupings, including the PKI.

U.S. policymakers then advised Eisenhower to take measures on Indonesia.

In contrast, U.S. ambassador to Indonesia John M. Allison urged Washington to understand why communism had grown rapidly in Indonesia. He pointed out that the U.S. favored the Dutch during the Indonesian independence struggle, in contrast with Soviet support for Indonesia. To oppress Indonesia would only hasten the country's move toward a communist embrace.

But Eisenhower ignored Allison and relied solely on the policymakers. Allison was then removed from Indonesia less than a year after being appointed ambassador. Without informing the U.S. Embassy to Indonesia, the CIA launched operations to support anticommunist army dissidents in Sumatra and Sulawesi against Sukarno.

The third factor was president Sukarno's political charisma. Within the Cold War context, Sukarno positioned Indonesia as a non-aligned country, but at the same time played on antagonistic U.S.-Soviet relations to promote Indonesia's interests.

Within the national political constellation, Sukarno played a role as a balancing power between the PKI and Army. He needed the PKI to provide him with a channel to the populace.

He also needed to maintain good relations with the Army to prevent the PKI threatening his position. Meanwhile, the PKI moved closer to Sukarno in order to secure its position from an anticommunist Army leadership.

On the other hand, the anticommunist Army realized that the close proximity between Sukarno and the PKI could limit the Army's political effectiveness.

The role Sukarno played with both the foreign and national political constellations effectively compelled the U.S. to side with Indonesia in the independence struggle and West Irian (currently Papua) issue.

During the independence struggle, the Dutch depicted Sukarno as a pro-communist leader who would soon turn Indonesia to communism. On the contrary, Sukarno attacked the PKI rebellion in Madiun in 1948 and, in turn, convinced Washington to support Indonesia.

Past a key to the future

After the transfer of sovereignty in 1949, Sukarno had an unfinished task: to return West Irian from the Dutch to Indonesia. However, Truman's successor Eisenhower remained neutral on the dispute.

Disappointed with the U.S., Sukarno convinced the Soviet Union to support the claim over Irian and to provide substantial economic support.

Meanwhile, Sukarno's success unified both the PKI and Army on the common cause of Irian. Kennedy quickly realized that Moscow could take advantage of the issue.

It led the U.S. to support Indonesia in the dispute. After Irian's handover, Kennedy also approved a $17 million loan to Indonesia, beside spare parts and raw materials aid.

Having good relations with Sukarno, Kennedy attempted in 1963 to neutralize Sukarno's antagonism with the British-Malayan plan to establish a Federation of Malaysia.

Sukarno believed the plan was merely a colonial plot to encircle Indonesia. But Kennedy was unable to take any further action to solve the dispute. He was assassinated in Dallas, Texas, on Nov. 22, 1963. Sukarno was overthrown two years later after the putsch of Sept. 30, 1965.

It is obvious that Indonesian domestic and foreign policy during 1953-1963 tied in with U.S. policy toward Indonesia.

Baskara emphasizes in his book: " ... it is almost impossible to understand the history of U.S.-Indonesia relations since the Second World War without seeing them within the context of the Cold War."

To write this book, Baskara conducted research in Indonesia and U.S. It took him to explore primary documents, especially those in presidential libraries.

The documents, as stated in the book, reveal many hitherto largely unknown events, such as a CIA plan to assassinate Sukarno at the Bandung Conference in 1955.

Finally, this book is important to an understanding of Indonesia-U.S. relations in both the present and future.

Although the Cold War ended with the fall of the communist bloc in 1990, the patterns still continue and shape relations between the two countries.