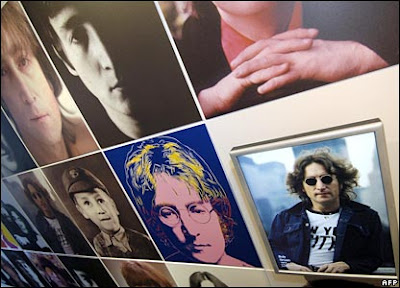 The Imagine Peace Tower, a light tower designed by Yoko Ono, will be unveiled in Reykjavik, Iceland, this October on what would have been the late Beatle John Lennon's 67th birthday.

Lennon's widow said she chose to erect the tower in Iceland because it is a "unique, eco-friendly" country.

The tower will be an illuminated column of light about 20 metres high and one metre wide.

Lyrics from Lennon's song Imagine will be engraved on the tower in 24 languages.

And wishes for peace from people around the world will be placed in capsules and buried around the castle.

"I hope Imagine Peace Tower will give light to the strong wishes of world peace from all corners of the planet and give encouragement, inspiration and a sense of solidarity in a world filled with fear and confusion," Ono said on her website.

It will be lit for the first time Oct. 9 and remain lit until Dec. 8, the anniversary of Lennon's death.

Ono, 73, will be in Reykjavik for the unveiling ceremony.

The tower will also be lit on some special occasions agreed on between Reykjavik authorities and Ono.
Posted by Alex Constantine at 11:21 AM