Outfoxing the Public re Theresa Duncan "Suicide": Why the LA Times Joined Rupert Murdoch's Propagandists in Discrediting her "Conspiracy Theories" 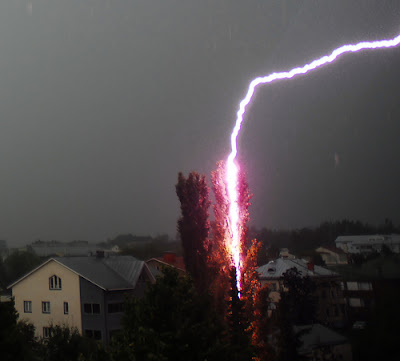 The Los Angeles Times was Rupert Murdoch's logical choice to discredit Theresa Duncan's "conspiracy theories" - BECAUSE they were mainly real, in fact, as opposed to the fascist propaganda that airs on Fox News.

The Times performed a similar service for the CIA after the "suicide" of Gary Webb, dismissing him in obituaries - including a scornful Op-Ed piece - as a wild-eyed Area 51ist who "mistakenly" tied the CIA to crack cocaine distribution in LA ghetto districts.

Webb, another "paranoiac," shot himself in the head twice. But let's say that Mockingbird is correct, that it WAS a suicide - I still blame the CIA and press because they DROVE him to a state of chronic underemployment ... unwarranted professional and personal despair ... 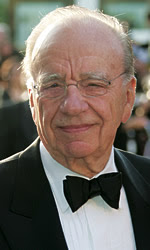 At any rate, Chris Lee at the Times, a music reviewer who transfered to the news room just in time to trash Theresa's "theories" (first in the Times and subsequently in foxy Murdoch's NY Post, a tip-off to the disinformational game plan) chimed in with the billionnaire's right-wing painted lady, Kate Coe at Mediabistro.com, on the discreditation because Rupert "Nugan Hand" Murdoch - who left a few bodies behind in Australia, too - is on intimate terms with the Chandler family and the Times/Trib management:

Oh, No: Rupe to the Chandlers' Rescue

Those muffled wimpering sounds you hear emanating from Spring Street are Los Angeles Times staffers frightened by today's news that Rupert Murdoch has entered the battle for Tribune Co. The Financial Times reports this afternoon that News Corp. has joined the Chandler family in its bid for Tribune "with an eye to taking a stake in New York's Newsday newspaper." Really, we're not that naive: first Newsday, then the LA Times. Surely, Rupe can't be satisfied with those crappy little New York Post boxes scattered sparsely in front of L.A. delis; that's no way to take over the world, now, is it? There have been rumors for eons (long before the current auction nonsense) that Murdoch was interested in joining with fellow right-winger Phil Anschutz on a play for the LAT. Now Rupe has found other like-minded conservatives in the Chandler folks (since some of them are card-carrying John Birch Society nutters, i.e. the kind who still pay for those crazy billboards condemning the late Supreme Court Justice Earl Warren). I can't believe Murdoch isn't also interested in those 23 television stations which Tribune Co. owns. As for prehistoric media, "a person familiar with the situation said Mr. Murdoch wanted to combine back office and operational functions at Newsday with those of the New York Post, the News Corp. tabloid that has made big circulation gains in recent years but continues to rack up losses," the FT reports. "Mr Murdoch would likely take a minority stake in a consortium owning the Tribune's newspapers, rather than attempting to buy outright control of Newsday, the person added. Given News Corp.'s TV and newspaper interests in the New York market, the company would be constrained my media ownership rules." In a recent SEC filing, the Chandlers said they were in discussions with strategic investors about joining the bid.
Posted by Alex Constantine at 11:36 AM