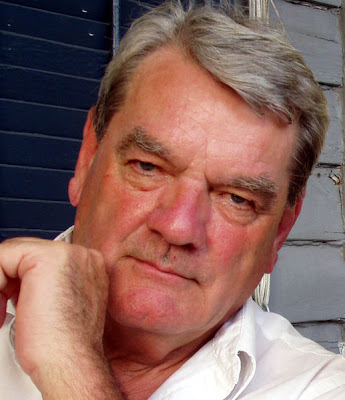 " ... Somewhat disturbed by the airbrushing of the greatest murderer in history, I watched the credits roll. They were names unknown to me until one jumped out and bit me. Writer: David Irving. ... "

IT'S not difficult to understand why they call it the Hitler Channel. Anyone watching Foxtel's History Channel could be forgiven for believing history began in September 1939 and finished in May 1945. ... Despite having watched endless World War II documentaries, I am never bored with the subject. They start badly but always have a great ending. If that sounds like I'm a vengeful bastard, then so be it.

Those who share my enthusiasm will be familiar with much of the archival material. Hitler at Nuremburg, at Berchtesgaden, in Paris gazing at the Eiffel Tower, canoodling with the lovely Eva Braun, and so on. 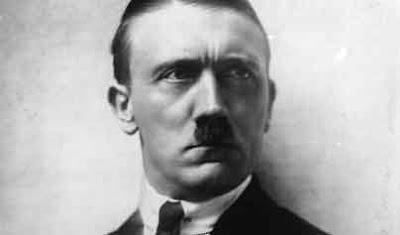 It's the new archival material that fascinates. Hitler's War, as it was titled, contained many familiar snippets but this one was subtly different. Hitler was not portrayed as the monster we know him to have been. Instead, we saw an avuncular character, shaking the hands of his troops, patting Hitler youths on the cheek, socialising at his Wolf's Lair hideout and generally being a jolly nice chap. Constantly repeated was the claim that he did not want war with the admirable British. On the contrary, he thought they should be on the same side fighting the Bolsheviks.

The Jews were something else again. The anti-Semitic tirades, while almost certainly Hitler quotes, were not identified as such. They were left to hang in the air without attribution.

No mention was made of the murder of millions of Jews, gypsies, homosexuals, Russians, Poles, social democrats, communists and anyone else who Hitler regarded as untermenschen (sub-human).

One group that did well was the lovely and talented Schutzstaffel. Nice, clean-cut lads, loyal to the Fuhrer, they were portrayed as Germany's finest: sort of adult boy scouts. Not bad for a bunch of sadistic mass murderers. It was at odds with my image of the SS. I shared the view of the professor Frank Knopfelmacher, who suggested that those in SS uniforms should have been shot and the trial held later. The bad guys, in Hitler's War, were those who plotted the assassination of Hitler. 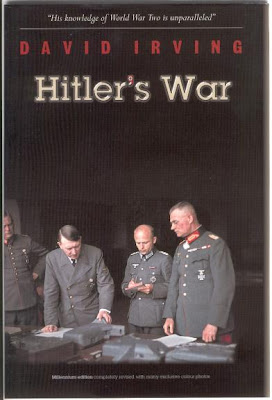 Somewhat disturbed by the airbrushing of the greatest murderer in history, I watched the credits roll. They were names unknown to me until one jumped out and bit me.

I'm not usually lost for words but on this occasion I was speechless. David Irving. Suddenly everything made sense. A notorious anti-Semite, Holocaust denier and neo-Nazi, Irving had been repeatedly refused entry to Australia and had recently spent a year in an Austrian jail for his Nazi activities.

Had Foxtel taken leave of its senses?

Some will accuse me of overreacting. I can live with that, for my hatred of Hitler and his gang have been part of my being since I witnessed, from a distance, the utter devastation of Europe and the murder of tens of millions.

I was nine when I first saw newsreels of the Nazi death camps and the mountains of bodies being dumped in mass graves. I was to learn later that among them were many members of my family. Those memories and personal experiences of anti-Semitism gave me the resolve to fight prejudice in all its forms. It led to my involvement in the Aboriginal and anti-apartheid movements and the Australian Labor Party. It was an obsession that marked my political career.

In 1989, just prior to departing federal parliament, I journeyed with my wife, Rae, to Poland and the villages of Pajeczno and Dzialoszyn from whence my grandparents had departed in the 1890s for safety in England, South Africa (where my father was born) and, finally, Australia. They were the lucky ones.

Never a day passes that I don't look at a sepia-coloured photograph of my grandfather's brother, Mendel Kozerwoder, his wife Mindel and their six children. Only one, Itzek (Jack), survived. They and many other family members were murdered by the Nazis in Auschwitz and Chelmno. In 1940, 10km away in Dzialoszyn, my grandmother's village, all 500 Jews were rounded up by the Nazis and taken into a field and shot.

I was to read for myself, in the Pajeczno archives, the fate of dozens of family members who had perished at the hands of Hitler and the SS. It was a chilling experience.

What is important is that present and future generations know what happened, and not the bastardised version of the odious Irving.

On a more pleasant note, my congratulations to Foxtel chief executive Kim Williams for his prompt action in withdrawing Hitler's War and his heartfelt apology.

" ... Foxtel, owned by Telstra (50 per cent), News Corporation (25 per cent) and Publishing and Broadcasting Limited (25 per cent) ... Foxtel Digital was launched in March 2004, with new services including near video-on-demand channels, ‘enhanced’ programming and some interactive services. ... "
http://www.afc.gov.au/gtp/index.html
Posted by Alex Constantine at 10:06 AM