Pretty in Prozac: The Marketing of Serafem 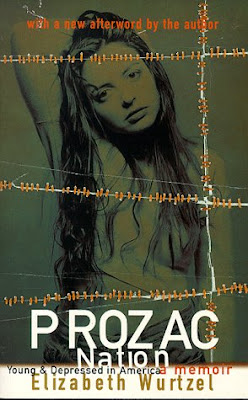 THE PILLS are so pretty, so pink and lavender. Prozac, the controversial bad-boy drug of the '90, had a makeover and a comeback. Now it has a kinder, gentler look and a new name: Serafem.

In case you couldn't tell by the color scheme, Serafem is marketed just for women -- specifically, women in their late 20s and early 30s -- to combat a condition known as Premenstrual Dysphoric Disorder, or PMDD. Symptoms are said to include depression, anxiety, anger and sensitivity to rejection. PMDD is called a more severe form of the collective symptoms known as premenstrual syndrome (PMS).

Though the federal Food and Drug Administration last July approved marketing Prozac as Serafem, psychiatrists disagree with the PMDD diagnosis and list the disorder as "needing further study."

I, for one, couldn't be happier that Eli Lilly -- the company that created both Prozac and Serafem -- has found a cure for sensitivity to rejection. I always found it a useless emotion. Come to think of it, Al Gore may have been suffering from PMDD last December. It seemed so hard for him to admit he lost the presidential election.

Lest you worry that a lot of head shrinkers (amateurs included) will slow Eli Lilly's launch of Serafem, rest assured that the drug's debut is accompanied by a multi-million dollar media blitz. You can't miss it if you watch any TV.

One ad shows a woman struggling to untangle shopping carts at a supermarket.

Though she is visibly irritated, a voiceover consoles viewers that Serafem's pastel pills will restore her to the woman she really is.

The real woman -- the one inside of this irritated shell of a woman -- obviously does not get annoyed at the supermarket, an environment the female of the species ought to be able to navigate as easily as her own closet. A Stepford -- sorry, Serafem -- woman would never suggest to her partner in that irritated, you-know-she-hasn't-taken-her-medication-way, that he put down the remote control and do the shopping himself, while she relaxes in a bubble bath.

Why is Prozac making the shift from anti-depressant for the masses to a targeted girlie pill? It's because Prozac was about to go the way of grunge music, coffee bars and other has-beens of the '90s.

Prozac was going out of style.

When the drug came out 12 years ago, people popped it like Tic-Tacs. Best- selling books, such as Larry Kramer's "Listening to Prozac" and Elizabeth Wurtzel's "Prozac Nation," were essentially positive about the drug -- with Eli Lilly's trademarked brand name in their titles.

There was a national dialogue about Prozac. Was it right to take a pill to cure depression? Were we medicating human nature? How depressed did you have to be to take it? Had you taken it? Were you taking it now?

Alas, times have changed. Today Prozac is a victim of its own success, having spawned a whole family of two-syllable knock-offs -- Buspar, Paxil, Zoloft.

Not only is Eli Lilly losing out to the competition, but more urgently, this summer Prozac's patent rights run out. The only way the company can prevent generic drug makers from flooding the market with cheaper, copycat versions, is to convince the FDA it has found a new use for Prozac.

So what's an aging, once-glamorous drug to do?

Find a new identity, a new image, a new wardrobe. Then get FDA approval and launch a publicity campaign. Enter Serafem, a drug with no past and no controversy.

Put it in spring colors! Give it a new name! Advertise to women!

Luckily for Prozac's new look, the FDA relaxed the regulations that kept prescription drug ads off TV. Now drug companies are allowed to take their glossy campaigns directly to the people. This way, patients go to the doctor's office humming jingles, listing their symptoms and asking for the desired drug by name. The doctor, once in the role of diagnostician, has evolved into the drug dispenser, the middleman between the drug company and you.

There are those who argue that identifying and diagnosing premenstrual conditions such as PMDD and PMS is pathologizing normal cycles and women's bodies in general. In support of this theory, statistics show neither condition exists in developing countries, implying PMDD is a culturally bound syndrome.

If this is correct, we would have to determine what conditions need to be changed to make the developed world a healthier place for women. Traits such as sensitivity to rejection would not be chalked up to hormone fluctuations, but as symptomatic of a culture where women are taught to be passive, don't learn to take risks and don't learn that failure is frequent and survivable.

Lest you forget, this is the same FDA that took 12 years to legalize RU-486,

the abortion pill, but seems to have little trouble approving a pill that promises to keep women smiling at the supermarket.

This article appeared on page A - 21 of the San Francisco Chronicle
Posted by Alex Constantine at 3:01 PM