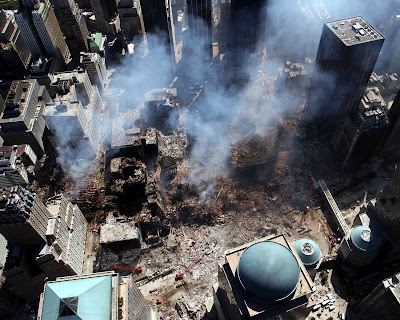 It’s spring 2009 in New York City and an unannounced U.S. government plane streaks across town. Recollecting the horrors of 9/11, the incident scares the heebie-jeebies out of the citizenry. Meanwhile, U.S. Senator Chuck Schumer, while attending an April 18 “Tour of the Battenkill” annual bicycle race in Cambridge, N.Y., responds to a question regarding efforts here to establish a new 9/11 investigation. Lending his qualified support to such an inquiry, he says that he’s positively disposed toward a new investigation into the events of 9/11, though his support for such a probe would depend on the form it would take. “I think it’s not a bad idea,” he said. “You know, you’ve got to do it in a good way, but, yes, I’d be for it.” ...