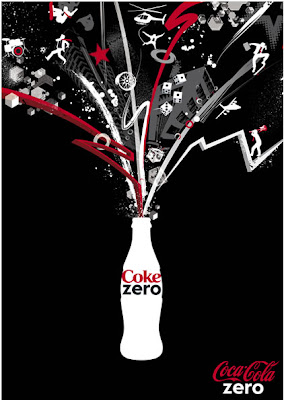 The "mainstream" news outlets are excoriating Chavez for banning the sale of Coke Zero due to health considerations. This morning, NPR quoted a Coke representative who denied that the beverage presents any health risk whatsoever. No medical professional was consulted, of course. Chavez came off as a silly socialist ass. The public print is leaning on the word "unspecified," as in "Venezuelan president cites unspecified health concerns in decision to remove soft drink from store shelves" (Guardian). Actually, Chavez has ordered the soft drink pulled from the shelves only until the health risks can be studied and determined. The media are feigning ignorance - the same media that reported: "Pesticides in Coca-Cola." And please don't even start on aspartame - "Dead Rats don't Lie." A Coca-Cola spokesman isn't likely to mention neurotoxic drugs in our "food." And worse: "NCI STUDY LINKS ASPARTAME TO LEUKEMIA/LYMPHOMA." Also see: "The Swirl & the Swastika: NutraSweet, the NutraPoison." Silly Chavez. What a backward, Third World tinhorn dictator - pulling this poisonous swill off the shelves when all sensible Good Germans here in the States know a good thing when they are sickened by it. Doesn't he understand overriding considerations to the destruction of our physical well-being - like advertising revenue and the sponsorship of sporting events? Chavez needs to get with the program - CIA jackals on the way. - AC

It's bad enough that Coca-Cola (NYSE: KO) killed its C2 brand a few years ago -- I still have one memorial (empty) can I keep in my china cabinet for posterity. Now Coke Zero, the soft-drink behemoth's alternative for those of us that don't quite dig the Diet Coke taste, poses a "danger to health" in South America? What the what?

Yesterday, the Venezuelan government ordered Coca-Cola to pull the Coke Zero brand from the country's shelves, claiming unspecified health risks. The nation's health minister simply said that the zero-calorie fizzy drink "should be withdrawn from circulation to preserve the health of Venezuelans."

Is it the artificial sweetener causing the issue, or perhaps sour grapes? Coca-Cola's local bottler, Femsa, has been dealing with labor problems in the country. Last year, former workers reportedly blocked the plants, demanding back pay.

Coca-Cola says things remain copacetic, issuing a statement that "Coca Cola Zero is made under the highest quality standards around the world and meets the sanitary requirements demanded by the laws of the Bolivarian Republic of Venezuela."

http://www.bloggingstocks.com/2009/06/11/coke-zero-dangerous-venezuela-says-yes/
Posted by Alex Constantine at 10:00 AM

What a bunch of disingenuous gasbags as usual. MSM is shameless absolutely. Thanks for relaying this, I will most likely link to it!