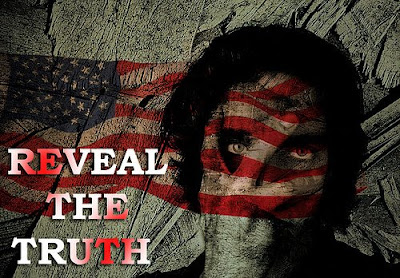 In the era of embedded media, independent journalists have become the eyes and ears of the world. Without those un-embedded journalists willing to risk their lives to place themselves on the other side of the barrel of the tank or the gun or under the air strikes, history would be written almost entirely from the vantage point of powerful militaries, or – at the very least – it would be told from the perspective of the troops doing the shooting, rather than the civilians, who always pay the highest price.

"The United States bombed its offices in Afghanistan in 2001, shelled the Basra hotel where al-Jazeera journalists were the only guests in April 2003, killed Iraq correspondent Tareq Ayoub a few days later in Baghdad, and imprisoned several al-Jazeera reporters (including at Guantánamo), some of whom say they were tortured. In addition to the military attacks, the U.S.-backed Iraqi government banned the network from reporting in Iraq."

A new report for a leading neoconservative group that pushes a belligerent "Israel first" agenda of conquest in the Middle East suggests that in future wars the U.S. should make censorship of media official policy and advocates "military attacks on the partisan media" (via MuzzleWatch). The report for JINSA, the Jewish Institute for National Security Affairs, was authored by retired U.S. Army Col. Ralph Peters. It appears in JINSA’s "flagship publication," The Journal of International Security Affairs. "Today, the United States and its allies will never face a lone enemy on the battlefield. There will always be a hostile third party in the fight," Peters writes, calling the media "the killers without guns."

"Of course, the media have shaped the outcome of conflicts for centuries, from the European wars of religion through Vietnam. More recently, though, the media have determined the outcomes of conflicts. While journalists and editors ultimately failed to defeat the U.S. government in Iraq, video cameras and biased reporting guaranteed that Hezbollah would survive the 2006 war with Israel and, as of this writing, they appear to have saved Hamas from destruction in Gaza. …

"Although it seems unthinkable now, future wars may require censorship, news blackouts, and, ultimately, military attacks on the partisan media. Perceiving themselves as superior beings, journalists have positioned themselves as protected-species combatants. But freedom of the press stops when its abuse kills our soldiers and strengthens our enemies. Such a view arouses disdain today, but a media establishment that has forgotten any sense of sober patriotism may find that it has become tomorrow’s conventional wisdom.

"The point of all this is simple: Win. In warfare, nothing else matters. If you cannot win clean, win dirty. But win. Our victories are ultimately in humanity’s interests, while our failures nourish monsters."

It is, of course, very appropriate that such a despicable battle cry for murdering media workers appears in a JINSA publication. The organization has long boasted an all-star cast of criminal "advisers," among them Dick Cheney, Richard Perle, James Woolsey, John Bolton, and Douglas Feith. JINSA, along with the Project for a New American Century, was one of the premiere groups in shaping U.S. policy during the Bush years and remains a formidable force with Obama in the White House.

Reading Peters’ sick and twisted essay reminded me of the report that emerged in late 2005 about an alleged Bush administration plot to bomb al-Jazeera’s international headquarters in Qatar, which I covered for The Nation:

"Britain’s Daily Mirror reported that during an April 2004 White House meeting with British Prime Minister Tony Blair, George W. Bush floated the idea of bombing al-Jazeera’s international headquarters in Qatar. This allegation was based on leaked ‘Top Secret’ minutes of the Bush-Blair summit. British Attorney General Lord Goldsmith has activated the Official Secrets Act, threatening any publication that publishes any portion of the memo (he has already brought charges against a former Cabinet staffer and a former parliamentary aide). So while we don’t yet know the contents of the memo, we do know that at the time of Bush’s meeting with Blair, the administration was in the throes of a very public, high-level temper tantrum directed against al-Jazeera. The meeting took place on April 16, at the peak of the first U.S. siege of Fallujah, and al-Jazeera was one of the few news outlets broadcasting from inside the city. Its exclusive footage was being broadcast by every network from CNN to the BBC.

"The Fallujah offensive, one of the bloodiest assaults of the U.S. occupation, was a turning point. In two weeks that April, 30 Marines were killed as local guerrillas resisted U.S. attempts to capture the city. Some 600 Iraqis died, many of them women and children. Al-Jazeera broadcast from inside the besieged city, beaming images to the world. On live TV the network gave graphic documentary evidence disproving U.S. denials that it was killing civilians. It was a public relations disaster, and the United States responded by attacking the messenger.

"Just a few days before Bush allegedly proposed bombing the network, al-Jazeera’s correspondent in Fallujah, Ahmed Mansour, reported live on the air, ‘Last night we were targeted by some tanks, twice … but we escaped. The U.S. wants us out of Fallujah, but we will stay.’ On April 9 Washington demanded that al-Jazeera leave the city as a condition for a cease-fire. The network refused. Mansour wrote that the next day ‘American fighter jets fired around our new location, and they bombed the house where we had spent the night before, causing the death of the house owner Mr. Hussein Samir. Due to the serious threats we had to stop broadcasting for few days because every time we tried to broadcast the fighter jets spotted us we became under their fire.’

"On April 11 senior military spokesperson Mark Kimmitt declared, ‘The stations that are showing Americans intentionally killing women and children are not legitimate news sources. That is propaganda, and that is lies.’ On April 15 Donald Rumsfeld echoed those remarks in distinctly undiplomatic terms, calling al-Jazeera’s reporting ‘vicious, inaccurate, and inexcusable…. It’s disgraceful what that station is doing.’ It was the very next day, according to the Daily Mirror, that Bush told Blair of his plan. ‘He made clear he wanted to bomb al-Jazeera in Qatar and elsewhere,’ a source told the Mirror. ‘There’s no doubt what Bush wanted to do – and no doubt Blair didn’t want him to do it.’"

Lest people think that the views of people like Ralph Peters and the JINSA/PNAC neocons are relics of the past, remember that the Obama administration includes heavy hitters from this world among its ranks, as well as fierce neocon supporters. While they may no longer be literally calling the shots, as they did under Bush/Cheney, their disproportionate influence on U.S. policy endures.