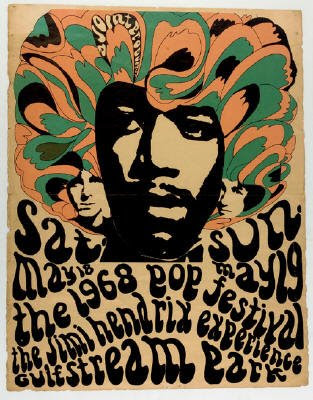 Rock Roadie echoes accusations that I made in 2000. Significant details are left out of Wright's account (eg. money laundering, intelligence connections, and the motive was largely, but by no means merely, "money," as the author speculates) ... so I'm a bit suspicious of this sudden outbreak of candor from the press. Furthermore, any of it could have been cribbed from my book. Can't say this is the case, however. All that I can say is that the details are essentially right and proper - and the LA Times is already describing Roadie as an unbelievable "conspiracy theory" to marginalize it - so it may well be on the level, after all. See where it goes. - AC
********
The comment below is posted on behalf of James ‘Tappy’ Wright, author of Rock Roadie (released June 25th in the UK and available on Amazon.co.uk). These are his words. Please check with Borkowski PR for confirmation.

“I knew what Mike Jeffrey had done and I kept quiet for all this time because I was terrified. It wasn’t just me and him involved – the Mafia were part of this and Mike owed them money. He was paying out $30,000 a month to pay back the money he’d borrowed – I know this because I drove Bob Levine out to New Jersey to borrow it for him. I was one of his closest employees. If I hadn’t kept quiet, you’d have been reading about me in the obituaries. All this happened in 1973, not 1971 as has been reported, just months before Mike died in a plane crash.

“This is not a publicity stunt – I waited to tell the truth because I was scared and there were people still alive who were involved. Some of them could still be alive today. I started to write the book ten years ago because Rod Weinberg told me I had a moral obligation to get the truth out there – he was right, but it would have been suicide not to wait. After talking to Rod I realised that it was my duty to set the record straight. That’s why I started writing the book ten years ago.

“Mike Jeffrey had Jimi killed because he needed the money. Jimi’s girlfriend Devon tried to take him away from Mike and she died – I believe she was thrown off the roof of the Chelsea Hotel. I don’t think she just fell. If I’d said anything before now, that could have been me.

“This is not about some broke roadie cashing in on a story. I’m comfortably off. It’s about a moral obligation. Of course I’d like the book to sell, but it’s not about the money. It’s about getting the truth out there. I was Mike Jeffrey’s longest serving employee, right from before The Animals were even called that – there’s no story about Hendrix without the Animals. What happened to Jimi Hendrix is not the only story in the book, but it was important to tell it.

“I remember all these things happening. I started writing the books ten years ago and I have thought long and hard about getting every memory down. I never took drugs during the 60s – except once, when Eric Burdon spiked me with acid. Girls, yes I slept with a lot of girls. But I never deliberately took drugs. So my memory is damned good and what gaps there were I filled in by talking to all the people who were involved and thinking back on what happened. You look at all the Hendrix books that have come out in the last 40 years and it’s all the same regurgitated s**t. I knew the right people to ask and with their help I have remembered most of it.

“I’ve also been asked to think about the past a lot since those days. The papers in the North East come to me regularly for anecdotes when people like Elvis and Ike Turner die – all the people I met and worked with. I have kept the memories alive over the years.

“Noel Redding said publicly that “Jimi’s death was very kind to Mike Jeffrey” – and he certainly came into a lot of money after Jimi’s death. He paid off his back taxes, his debts, gave Al Hendrix $250,000 for Jimi’s share of the Electric Lady studios in New York, bought himself a house in Woodstock, invested a fortune in clubs in Majorca. Where did this come from?”

Posted by Alex Constantine at 2:10 PM