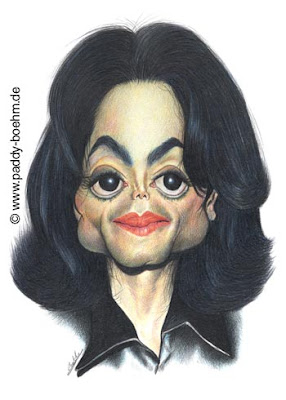 LOS ANGELES — With mystery still enshrouding the death of Michael Jackson and the results of toxicology reports weeks away, the Los Angeles police department scheduled an interview on Saturday with the doctor who reportedly was with the pop star when he was stricken and tried to resuscitate him.

The doctor, Conrad Murray, 56, is a cardiologist with offices in Las Vegas and Houston and was hired to be Mr. Jackson’s personal physician for a concert tour in London that had been scheduled to start next month.

Dr. Murray and his lawyer, Edward Chernoff, were scheduled to meet Saturday afternoon in Los Angeles with police investigators, said Matthew Alford, who is a partner with Mr. Chernoff in the Houston law firm of Stradley, Chernoff and Alford. Mr. Alford added that Dr. Murray was “cooperating” with the police.

The coroner released the body late Friday night to an undisclosed mortuary, and Mr. Jackson’s family members were believed to be gathering at the family compound Encino, in the San Fernando Valley, to discuss funeral arrangements. Janet Jackson, Mr. Jackson’s younger sister, was seen driving up to the Holmby Hills estate on Saturday, where moving vans had also been on site, according to The Associated Press.

The family’s private grief was in direct contrast to the very public memorials and dance vigils that continued for the third day in cities throughout the world. From London, to New York’s L-Train, to Hollywood Boulevard and Times Square, fans gathered dressed in short pants and single gloves for dance vigils and reenactments of Mr. Jackson’s groundbreaking “Thriller” dance, some spontaneous, and some planned via social networking sites.

Even amid these tributes, though, questions about the last minutes of Mr. Jackson’s life with his doctor at his side, the fate of his children and his complex financial dealings were slowly and inconclusively unraveling.

Having completed a preliminary autopsy, Los Angeles County medical officials said Friday that they knew Mr. Jackson had taken prescription medications, but they would not disclose which drugs.

The 50-year-old pop star, who had been preparing for a lengthy comeback concert series in London, was rushed to U.C.L.A. Medical Center shortly after noon Thursday by paramedics and was pronounced dead in the emergency room.

A 911 tape released Friday featured the voice of a young man imploring an ambulance to hurry to Mr. Jackson’s home, where he described a doctor frantically trying to revive Mr. Jackson. When asked if anyone had seen what happened, the unidentified man replied: “No, just the doctor, sir. He’s not responding to CPR. He’s pumping his chest, but he’s not responding to anything.”

The nature of Dr. Murray’s relationship with Mr. Jackson, and his connection to the promoter of the London concert engagements, were still in question on Saturday. AEG Live, the concert promoter behind Mr. Jackson’s London shows, invested at least $20 million to produce the concerts and might have to refund more than $80 million in tickets, according to industry estimates. Randy Phillips, the chief executive of AEG Live, said in an interview Friday that his company had not hired Dr. Murray.

“Dr. Murray told us, as did Michael, that he was Michael’s personal physician for three years,” Mr. Phillips said. “We were advancing the money to Michael. It would have been his expense.

“He would have been under Michael’s employ,” he said.

Dr. Murray’s attorney, Mr. Chernoff, could not be immediately reached Saturday and his legal partner, Mr. Altman, said he did not know how long the doctor and the singer had known each other. The Rev. Jesse Jackson told ABC News that the singer’s family had concerns about Dr. Murray and that the family was considering an independent autopsy.

The questions, the Rev. Jackson said, included: "When did the doctor come? What did he do? Did he inject him? If so, with what?”

Dr. Murray, who public records show is a 56-year-old cardiologist with a practice in Las Vegas and a clinic in Houston, has lived in numerous homes over the last decade in several states, filed for personal bankruptcy in 1992 in California and has five tax liens against him for hundreds of thousands of dollars.

According to HealthGrades, a health care ratings company, Dr. Murray is board certified in neither of his two specialties, internal medicine and cardiology. Board certification is not required to practice a specialty but is recommended and indicates a high level of training and expertise.

A central concern now of the Jackson family is the fate of Mr. Jackson’s three children, who lived and traveled with him but were rarely seen in public.

For now, they are being cared for by their grandmother, Katherine Jackson, said Frank DiLeo, the singer’s manager at the time of his death. Mr. DiLeo said the children were at the hospital and in an adjacent room when they were told of their father’s death.

Debbie Rowe, who was married to the singer for three years ending in 1999 and is the mother of the two oldest children, Michael Joseph Jackson, 12, and Paris Michael Katherine Jackson, 11, has fought in recent years to have her parental rights restored. (A private settlement was reached in 2006.)

“If they have a reasonably good relationship she will probably get custody,” said Scott Altman, a law professor at the University of Southern California and child custody expert. “It is unusual for biological parents not to get custody when the custodial parent has died.”

Mr. Jackson’s youngest child, 7-year-old Prince Michael Jackson II, is the son of a surrogate mother who has never been identified. On Friday, however, one of the star’s financial advisers, Alvin Malnik, who said he is the godfather of the youngest Jackson, said he had signed a document at one point saying that if Mr. Jackson died, “I would provide for Prince Michael in the same capacity as I would provide for my own kids.”

Mr. Malnik, who lives in Florida, said he had not been contacted by anyone since Mr. Jackson’s death.

A biographer, Stacy Brown, said Friday that Mr. Jackson’s wish was for the children’s longtime nanny, Grace Rwaramba, to take on a more formal role should anything happen to him.

Questions are almost certain to be raised about Mr. Jackson’s health as he prepared for his comeback tour; he had a long, intricate history of health problems, according to people who knew him, but they were not easy to pin down.

Mr. Brown said Mr. Jackson’s family had been recently concerned about his use of painkillers, which had started up again a few months ago, he said, and “tried a number of different times” to get the star to quit once and for all.

Mr. Jackson had become “very frail, totally, totally underweight,” Mr. Brown said, adding that the family had worried that he would not be healthy enough to handle the pressure of performing.