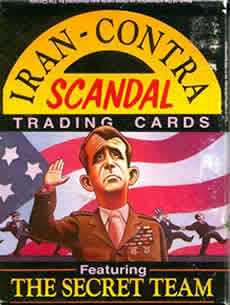 NPR.org, June 29, 2009 · About ten days after the start of Iran's insurrection, I asked a senior administration official what, if anything, the White House knew about the people behind the demonstrations. His reply: "I think it is fair to say senior administration officials are busily trying to understand how the opposition is generated and where it came from." In other words, there's a lot about the protesters we still don't know.

True, Mir Hossein Mousavi and the people directly surrounding him are known quantities in the U.S. intelligence community. Both Mousavi and his most powerful ally during the campaign, Ali Akbar Hashemi Rafsanjani, were key interlocutors in the Iran-Contra affair. (It was Mousavi's office—working through a deputy named Mohsen Kangarlu—that arranged the details of the exchange of TOW missiles for the release of American hostages kidnapped by Hezbollah in Lebanon.) We also know that Mousavi was a strong supporter of Iran's modern nuclear program. In 2007, Tehran handed over documents to the International Atomic Energy Agency showing that Mousavi approved a decision to purchase centrifuge technology from A.Q. Khan's clandestine black market in 1987. Meanwhile, the Mousavi campaign's head of "voter protection" is Ali Akbar Mohtashemi-Pur, who is generally credited with helping to found Hezbollah. During the Lebanon war, he lost his right hand when he opened a book on Shia holy places laden with explosives. ...

What do Michael Ledeen (the American 'neo-conservative'), Mir-Hossein Mousavi (the Iranian presidential candidate of 'chagne') and Adnan Khashoggi (the opulent Saudi Arabian jet-setter) have in common?

They are all good friends and associates of Manuchehr Ghorbanifar (an Iranian arms merchant, an alleged MOSSAD double agent, and a key figure in the Iran/Contra Affair, the arms-for-hostages deals between Iran and the Reagan administration). In one or two, at most three, degrees of separation, these people hung out in the same circles and very likely drank to the same toasts.

You can find all kinds of trivia about Ghorbanifar in the Walsh Report on the Iran/Contra affair. In Chapter 8, for example, we learn:

"Ghorbanifar, an Iranian exile and former CIA informant who had been discredited by the agency as a fabricator, was a driving force behind these proposals [for arms-for-hostages deal];" or, "Ghorbanifar, as broker for Iran, borrowed funds for the weapons payments from Khashoggi, who loaned millions of dollars to Ghorbanifar in "bridge financing'" for the deals. Ghorbanifar repaid Khashoggi with a 20 percent commission after being paid by the Iranians." (see: http://www.fas.org/irp/offdocs/walsh/chap_08.htm).

Here is a bit from an article by Time magazine that shows Ghorbanifar's circle of associates; it is from a January 1987 cover story (The Murky World of Weapons Dealers; January 19, 1987):

"By [Ghorbanifar's] own account he was a refugee from the revolutionary government of Ayatullah Ruhollah Khomeini, which confiscated his businesses in Iran, yet he later became a trusted friend and kitchen adviser to Mir Hussein Mousavi, Prime Minister in the Khomeini government. Some U.S. officials who have dealt with Ghorbanifar praise him highly. Says Michael Ledeen, adviser to the Pentagon on counterterrorism: "[Ghorbanifar] is one of the most honest, educated, honorable men I have ever known." Others call him a liar who, as one puts it, could not tell the truth about the clothes he is wearing," (emphasis added).

This second bit is from Chapter 1 of Walsh Iran/Contra Report: (http://www.fas.org/irp/offdocs/walsh/chap_01.htm)

"On or about November 25, 1985, Ledeen received a frantic phone call from Ghorbanifar, asking him to relay a message from [Mir-Hossein Mousavi] the prime minister of Iran to President Reagan regarding the shipment of the wrong type of HAWKs. Ledeen said the message essentially was "we've been holding up our part of the bargain, and here you people are now cheating us and tricking us and deceiving us and you had better correct this situation right away.''
[...]
"In early May, North and CIA annuitant George Cave met in London with Ghorbanifar and Nir, where the groundwork finally was laid for a meeting between McFarlane and high-level Iranian officials, as well as financial arrangements for the arms deal. Among the officials Ghorbanifar said would meet with an American delegation were the president and prime minister [Mousavi] of Iran and the speaker of the Iranian parliament," (emphasis added). ...