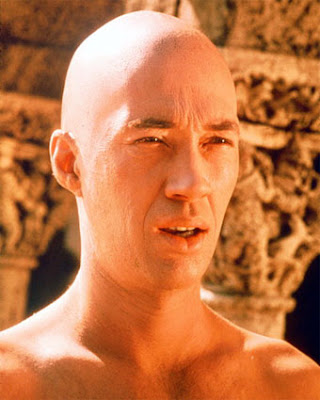 The Carradine clan has hired Dr. Michael Baden, the Fox News/CIA toadie who fabricated forensic evidence in the murder of John Kennedy to conform with the magic bullet theory popularized by politically-ambidextrous Arlen Specter, to examine the body of actor David Carradine - a bone-headed move. I can't believe a word on his death coming from "Dr." Baden or the Mockingbird media, but the New York Times is reporting: "The family of the actor David Carradine has asked the F.B.I. and Dr. Michael Baden, a private forensics expert, to help investigate Mr. Carradine’s death, The Associated Press reported. Mark Geragos [another cable TV "celebrity," retained by the CIA's Brent Wilkes, no less], a lawyer representing Mr. Carradine’s half brother Keith, said his client met with the F.B.I. on Friday and filed reports that may lead to in inquiry by the bureau into the death of Mr. Carradine, whose body was found in his Bangkok hotel room last week. The family also wants a private autopsy by Dr. Baden to help determine whether another person could have been involved in the death. Mr. Geragos said the family intervened because of the conflicting information coming from Thailand. Initial reports from Thai police said that Mr. Carradine was found naked and hanging in a closet, and that they suspected suicide. Later the police said he might have died from accidental suffocation or heart failure as a result of autoerotic asphyxiation. The family was upset over the weekend after learning that photos of Mr. Carradine’s body were published in a Thai newspaper, the BBC reported. ... "
http://topics.nytimes.com/top/news/business/companies/british_broadcasting_corporation/index.html?inline=nyt-org

No doubt, Carradine was murdered. He was found hanging ... and his hands were tied ... but ...

Kennedy assassination researcher Pat Speer: "Dr. Michael Baden presented an important exhibit to the HSCA upside down, and inaccurately depicted the President's head wound to the committee. He made statements in his testimony that, when compared to the pathology report created by his panel, reflected his total confusion about Kennedy’s head wounds. He also misled the committee about Dr. Humes' Warren Commission testimony about the head wounds. ... "
http://www.patspeer.com/chapter20:conclusionsandconfusions:

This is the caliber of the forensic "expert" we've often seen proffering forensic opinions on Fox News - a bona fidé for professional competence and honesty? Baden made "many foolish and easily disproved statements" regarding the murder of John Kennedy, and the disreputable liar has been doing it with other widely-reported cases - often with CIA connections - ever since.

Take anything reported by media Mockingbirds on the demise of David Carradine with gobs of skepticism. I doubt that much of it is true. A newspaper that once splashed Judith Miller across its front pages is certainly not to be believed concerning any high-profile death, especially when promoting the duplicity of Michael Baden. And the attorney for Brent Wilkes, despite - or more accurately due to - his many media appearances, is chartered to the same league of extraordinary liars.
Posted by Alex Constantine at 9:47 AM