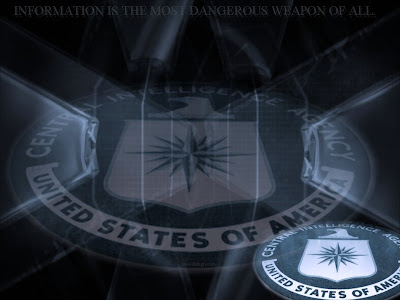 The US Central Intelligence Agency (CIA) whose "secret" fate has never stopped being news, is currently being highlighted in the headlines of the international mass media. This explosion was triggered by declassified documents under the ironic title "Family Jewels", with new revelations about 1953-1973 period. These bring back memories and confirm that the agency's original objectives remain intact.

The agency was created in September 1947 as part of the measures adopted by the United States to face the new realities which emerged in the complex post-war era. As times have changed, the agency wants everyone to believe through this marketing operation that it has also changed. They have been and will be a loyal executioner of the foreign policy of the dominating groups in that country, turning into an invisible army that is present all over the world.

It has two faces. With one, it presents itself as a complex of offices where specialists read tons of reports and carry out "intelligence" work.

That is undoubtedly part of their job, but there is another CIA, carefully hidden from American and international public opinion. With this "hidden face" it executed its first great mission in Italy in 1947, under the name Operation Gladiolus.

There they recruited some 15,000 people, hiding weapons all over the country to attack vital positions and sabotage the Italian government if the people dared to vote against Washington's interests.

Similar armies were organized in France, the Netherlands and West Germany with the employment of former Hitler officials. Nazi specialists intervened in its foundation which belonged to the Gehlen organization, under the leadership of General Reinhard Gehlen.

It was the most important source of intelligence information on Eastern Europe. The CIA simply got rid of governments that were not of the liking of the White House, making political bribes and buying parties. When this did not work, the agency assassinated the national leaders. In the case of Cuba, 638 assassination attempts were made against President Fidel Castro registered.

A record. In the six decades of its subversive history, the CIA has consistently strengthened. Batista in Cuba, Pinochet in Chile, Mobutu en Zaire, Marcos in the Philippines, Trujillo in the Dominican Republic and Pier Botha in South Africa are only some of the governments that benefited from the service based in Langley, Virginia.

There is plenty of evidence that its support was not only in the intelligence sector, but directly advising in the repression of opposition forces. On October 29th, 1973 -barely a month and a half after the fascist coup in Chile- Chilean General Lagos consulted the CIA in the following terms: "There are two currents in the army in relation to how to treat extremists. Hardliners believe that the extremists or Marxists activists must be executed, while the soft liners believe they should be first judged, sentenced and then attempt be made to re-educate them."

It is not difficult to see guess the recommendation made by the agency's leadership.

The CIA has an interrogations manual coded HUBARAK. The document describes in details how to exert extreme physical and mental agony on a person.

It classified people as if they were animals, with specific degrees of anguish for each type of human being. Can this insult to democracy be the one used in Abu Grahib, the secret jails extended throughout Europe or at the prison located in the illegally occupied US naval base in Guantanamo?

Maybe we will know in 30 years when they will undust the current "jewels."

For those, and for many more which for the lack of space we must omit, it is appropriate to use the term used by Fidel Castro when recently he characterized the agency as a "Killing Machine."
Posted by Alex Constantine at 5:46 PM