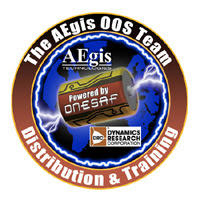 Excerpt: Pentagon vs. CIA Over Blackwater?
By Noah Shachtman
October 17, 2007

The Secretary of Defense Bob Gates is now pushing for all armed security contractors in Iraq, including Blackwater, to come under a single authority, the Pentagon. ...

On the surface a single entity overseeing all contractors might seem like a good idea. But, as they say in the spy business, nothing is what it seems.

Department of Defense security contractors are already coordinated through a single, DoD entity, the US Regional Cooperation Offices, which are outsourced through a recently renewed $475 million contract to the British firm Aegis which is run by the infamous mercenary, Tim Spicer. (It also includes intelligence services and security services for the Army Corps of Engineers.) So most contractors working for the US government in Iraq fall under DoD purview. The key here is most contractors. The ones working for the State Department do not participate in the program; but, despite their involvement in the Nisour Square incident, they may not be the contractors most affected. Of much greater interest is the other government agency not under the Regional Cooperation Offices' oversight: the CIA. ... 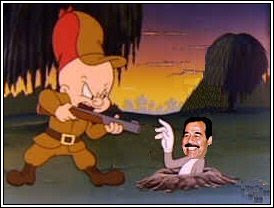 "Spicer is effectively in charge of the second largest military force in Iraq – some 20,000 private soldiers.” — Stephen Armstrong Guardian journalist

When employed by Sandline International, Spicer was involved in military operations in the Sierra Leone Civil War, which included importing weapons in apparent violation of the United Nations arms embargo. He had been contacted by Rakesh SAXENA, an Indian financier hoping that a new government would grant him diamond and mineral concessions. The controversy over this incident, and whether the British Foreign and Commonwealth Office (FCO) knew of Sandline's actions; inquiries into it concluded that the FCO had known of the actions, and that Spicer believed he was not breaking the embargo. There was speculation that the British and the US governments may have lent tacit approval to Sandline's activities. Spicer alway denied that he or Sandline did anything illegal:

“ Neither Sandline nor Tim Spicer did anything illegal and were, if anything, victims of a wider UK political controversy. Sandline was contracted to supply weapons and professional services to the legitimate elected government of Sierra Leone. This government had been deposed by a military junta in alliance with the Revolutionary United Front, a barbaric rebel movement. The British government knew of the action, which did not contravene international law or the UN Security Council’s arms embargo. The facts are borne out by a Government investigation, two inquiries and a UN Legal opinion ” — Spicer's FAQ page

Spicer has claimed that he always has called for greater involvement of the British government in the PMC issue. In fact, Col. Spicer said that six weeks before the arms-to-Africa affair blew up, Sandline had submitted a paper to the Foreign Office calling for greater regulation, but had not yet received a response. At the time, with no government response, Sandline was considering setting up its own oversight committee, including a senior retired general, a lawyer and a representative of the media.

In late 1999, Spicer left Sandline which kept operating until 2004. The next year, he launched Crisis and Risk Management. In 2001, he changed the company's name to Strategic Consulting International and also set up a partner firm specializing in anti-piracy consulting, called Trident Maritime. In 2002, Spicer established Aegis Defence Services, which around the beginning of the Iraq war was consulting for the DISNEY Cruise Line.

Spicer is Chief Executive of Aegis Defence Services, a PMC based in London. The Chairman is Field-Marshal Lord Inge, former Chief of the Defence Staff and the Board of Directors include: General Sir Roger Wheeler, former Chief of the General Staff, and Sir John Birch, former British deputy ambassador to the United Nations.

In October 2004, Aegis won a $293 million three-year contract in Iraq outsourcing, among other things, intelligence for the U.S. Army. ...

http://en.wikipedia.org/wiki/Tim_Spicer
Posted by Alex Constantine at 4:10 AM