Investigation Continues into the Death of Dean Johnson 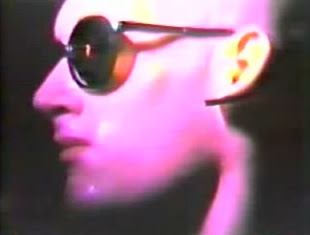 D.C. police are awaiting results of toxicology tests conducted by the city’s Medical Examiner’s office in their investigation into the unexplained deaths of two gay men whose bodies were found four days apart in an apartment in Washington.

The men, who did not know each other, had traveled separately last month from New York City to stay with Steven Saleh, who resides in a one-bedroom apartment at the upscale Envoy Towers at 2400 16th St., N.W., according to a police affidavit in support of a search warrant for the apartment.

Friends said the two victims were acquaintances of Saleh’s, with one of the two, Dean Johnson, 46, having met Saleh in the past in Johnson’s role as an escort, according to one friend. The other victim, Jeremy Conklin, 26, may also have met Saleh through Conklin’s occasional work as an escort, people who knew Conklin said.

The friends have said they are stunned that two men, who appeared healthy at the time of their departure from New York, could turn up dead in the same apartment due to unknown causes.

Police on Sept. 16 found Conklin lying on his back on the living room floor in Saleh’s apartment, unconscious and “with no signs of life,” the affidavit says. It says police and emergency medical technicians arrived on the scene after responding to a call from the apartment reporting an unconscious person. The affidavit says emergency medical technicians tried unsuccessfully to revive Conklin, who was pronounced dead at Howard University Hospital.

Four days later, on Sept. 20, police found the nude body of Johnson lying on a mattress on the floor of Saleh’s living room, the affidavit says. It says that similar to Conklin’s case, police responded to an emergency call about an unconscious person.

News of Johnson’s death created a stir in New York’s gay community, where friends and fans of the punk rock band he led, the Velvet Mafia, described him as a “legend” in Manhattan’s nightlife scene.

The New York Times, in an Oct. 5 tribute to Johnson, described him as a “rollicking fixture in rock ’n’ roll clubs, gay bars, drag queen circles and poetry readings.”

With police refusing to comment on the information revealed in the affidavit, Saleh has emerged as a mystery figure in the deaths of the two gay men.

Police have declined to say whether he is a suspect because no evidence has emerged that a crime has been committed, police said.

Johnson’s friends have said Johnson told them Saleh is a former federal government employee who sought disability status for what he claimed was a work-related injury. Johnson reportedly described Saleh’s apartment as a “mini pharmacy,” the friends have said, because Saleh was taking a large number of prescription drugs.

The affidavit says Saleh told police he had given Johnson a sleeping pill the night of Sept. 19, when friends say Johnson arrived in Washington, and that Saleh discovered Johnson unconscious the next morning. The affidavit says Saleh told police that Conklin “must have taken some pills,” which, according to Saleh, caused Conklin to lose consciousness in the late morning or early afternoon of Sept. 16.

Saleh has not returned calls to his apartment seeking comment.

Police have declined to provide information beyond what appears in the affidavit, other than to say there were no signs of trauma or injuries on the two bodies and no outward evidence of foul play.

“The Medical Examiner will have to guide us as to whether it’s a criminal matter,” said Sgt. Brett Parson, an assistant to Chief of Police Cathy Lanier and former commander of the police department’s Gay & Lesbian Liaison Unit.

Parson said he could not comment on the preliminary findings of the Medical Examiner, which are based on autopsies performed on the bodies. But he said the Medical Examiner’s office has not listed the two cases as a priority concerning the toxicology tests, a development, according to Parson, that usually means authorities don’t believe a death is a homicide. 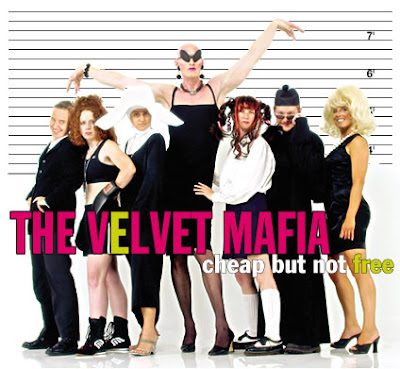 “He was very much against drugs,” Allen said. “He told me he moved out of a place with roommates in Provincetown for the very reason that they were into the drug scene.”

“Jeremy was very outgoing,” he said. “He was very loud and he was always smiling, always bouncing around everywhere. His favorite singer was Britney Spears.”

The police affidavit says Saleh told police that Conklin was staying with him in his apartment and that he met him by responding to an ad seeking a roommate that Conklin had placed on Craig’s List.

Allen said Conklin told him he had placed an ad on Craig’s List but planned to stay in Washington only for a weekend. He said Conklin departed New York for D.C. by bus on Sept. 14, two days before he died.

Conklin, who had been estranged from his Mormon family in Arizona, hinted to Allen that he might have worked as an escort in the past, Allen said, as a means of surviving financially. Allen also said he was troubled over Conklin’s trip to Washington and worried about where he would be staying.

Corvino, a friend of Johnson’s, said Johnson wrote about his past use of heroin on a blog that Johnson used for publishing his own poetry and other writings. But Corvino said Johnson discontinued using heroin “some time ago” and did not appear to be involved in the drug scene in recent years. The Village Voice said Johnson sometimes joked about being a “suicidal drug addict.”

Corvino said Johnson had been taking pain medication for the treatment of a serious shoulder injury. According to Corvino, Johnson told him and other friends that Johnson and Saleh shared a common experience of suffering from intense pain due to injuries. He said the two commiserated over which medications they took to control the pain.

When informed of the contents of the police affidavit, Corvino said the document’s account of Saleh’s statement of what happened on the day of Johnson’s death contradicted information Saleh gave to one of Johnson’s fellow band members.

“Mr. Saleh stated that at approximately 2130 hours (9:30 p.m.), on Wednesday, Sept. 19, 2007, he gave the decedent a sleeping pill,” the affidavit says. “In the morning, when Mr. Saleh awoke, he claimed that he found the victim unconscious. Mr. Saleh showed the officer a pill container in the kitchen labeled ‘Rozerem,’ claiming that this was the medication which [sic] he gave to the decedent.”

The affidavit states that Saleh agreed to go with police to the Violent Crimes Branch offices for a voluntary interview.

“During the course of the ride, Mr. Saleh stated to members of the Metropolitan Police Department, ‘What is the media going to call me? The gimp black widow?’” the affidavit quotes him as saying. It says Saleh also stated during the ride to the police station, “I guess I won’t have any more dinner parties.”

Corvino said Johnson’s friends learned through an e-mail exchange between Johnson and Saleh shortly before Johnson’s visit to Saleh’s apartment that Saleh referred to himself as a “gimp” because of his physical injuries and pain.

The police affidavit made no mention about whether investigators placed any special significance in Saleh’s description of himself as a “black widow,” a reference to the male-killing, poisonous spider.

Through the e-mail exchange, which friends obtained by entering Johnson’s account, the friends learned that Saleh invited Johnson to stay with him to keep him company “because he was freaked out” over Conklin’s death, Corvino said.

“Steve, sometime prior, had hired Dean as an escort,” said Corvino, who noted that he read the e-mail exchanges between Johnson and Saleh. “But this visit was not on the basis of an escort visit,” Corvino said.

“He always would end up sort of forming personal relationships with his clients, his Johns,” Corvino said of Johnson.

Allen said police and the news media initially misidentified Conklin as “Jordan Cronkin.” He said Conklin’s last name was misspelled by police and that he and his family used the name Jeremy as his first name since the time he was a child.

Allen learned of Conklin’s death when a D.C. police officer answered Allen’s cell phone call to Conklin. Allen gave police contact information of Conklin’s family. Neither Conklin nor Johnson had any official ID on them or with them at the times of their deaths.

Conklin’s father arranged a viewing in Arlington, Va., of his son’s body for Allen. The body was then cremated and shipped to Conklin’s mother in Arizona, who is no longer with the father. Allen, who said the news of his boyfriend’s death has been highly upsetting though they only dated a few months, plans a memorial service on the beach in Provincetown at sunset on Oct. 27 for Conklin’s gay friends.

A memorial was held for Johnson at New York’s Rapture Café and Books on Oct. 3.
Posted by Alex Constantine at 10:48 AM