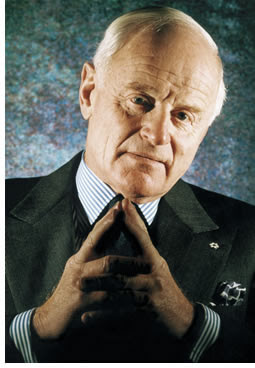 [Rough Translation] "By declaring all the workers redundant, the Tivat-based repair shipyard Sava Kovacevic was officially shut down, ending the tradition long full 118 years. The popular Arsenal is today being handed over to the new owner, Adriatic Marinas, owned by Canadian billionaire Peter Munk. ... "
••••••••••••••


The Secret Origin of Peter Munk and Barrick Gold Corp.
(From a prior AC post)

" ... Abeles is reportedly known in Europe as 'the White Knight,' in reference both to his British knighthood, and his reported large role in the cocaine trade. Jonathan Kwitney, in {The Crimes of Patriots} (New York: W.W. Norton, 1987), reports that, after Abeles encountered labor union problems in his American business, Abeles gave to gangster 'associates of ... the most powerful Mafia leader in the United States ... a 20% stake in his U.S. operations.' His partners were indicted for hiding his payments, but Abeles refused to come to America to testify, and charges were dropped. ... "
http://www.afrocentricnews.com/html/bush_gang.html

EXCERPT FROM: Adnan Khashoggi Linked to 9/11 Terrorists (Part One), by Alex Constantine (2004):

Decades before burning skyscrapers, codified torture, secret trials and mass detentions, there was Barrick Gold, a mining concern in Canada with roots in the American intelligence establishment. It is fitting that gold, the seductive but dead heart of world capitalism, should christen a story about the most unconscionable event in Wall Street history: 911.

Barrick's incorporation is obscure. Most accounts claim that the firm was founded by Peter Munk, a former radio manufacturer who made a splash in the Canadian press when he disposed of his shares in the company shortly before it was declared insolvent, a golden parachute paid for by investors and the Canadian taxpayer. His name was instantly mud in the investment community, but fortunately for Munk, no indictment was ever brought against him.

Today, his overall worth is estimated at $350 million. Munk's redemption was the work of Saudi entrepeneur Adnan Khashoggi, who would go on to notoriety as an Ollie North intermediary in the Iran-Contra affair.

Khashoggi and Munk kicked off their partnership with a series of hotel investments. In 1983, the Saudi entrepeneur raided his fat cash reserves to purchase Barrick. Munk was installed as chairman.

Khashoggi distanced himself from Barrick shortly after the Iran-Contra scandal broke (but held onto his stock, tied up as collateral for North's arms transfers to Iran in 1985), notes Observer reporter Gregg Palast in a book on the 2000 presidential election, before Bush was invited in.

That was in 1995: "Munk's reputation was restored, at least in his own mind, in part by massive donations to the University of Toronto. Following this act of philanthropy, the university awarded Munk an honorary degree. Several students were arrested protesting what appeared to them as a cash-for-honors deal."

The bonds were positively Sicilian. in 1986, Khashoggi was was arrested for fraud and held in a New York prison. Munk paid his $4 million bail.

This was roughly the same time that Roosevelt cemented relations with Khashoggi, who brought Munk along, on behalf of the CIA. The offshore division of Khashoggi's Barrick Resources controlled Jetborne, Inc., a company in Toronto used by Khashoggi to ship arms to Iran under the direction of Reagan's NSC. ...

http://www.questionsquestions.net/docs04/khashoggi-911.html
•••••••
MORE ON PETER ABELES AND THE MAFIA

REPORTER: But when it comes to Sir Peter Abeles' contribution to Australian society, not everyone is as impressed as the Prime Minister. During the 1980s Wendy Bacon was a journalist with the National Times. Now Associate Professor of Journalism at the University of Technology in Sydney, she says there are still a lot of unanswered questions concerning Sir Peter Abeles.

WENDY BACON: I think he certainly did exert influence. I think that he was involved in activities that otherwise would have got a lot more political, legal and media attention than they did. I'm thinking particularly of some corrupt activities that he was involved in in Australia involving the Transport Workers' Union and also his connections with the US Mafia when his company became involved in the trucking industry in the States in 1969.
http://www.abc.net.au/pm/stories/s31447.htm
Posted by Alex Constantine at 12:42 PM