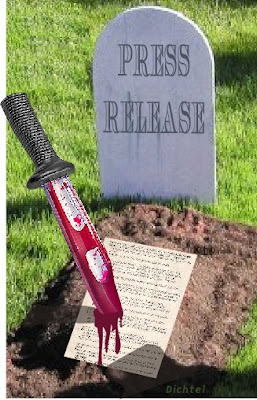 Persuasion works best when it's invisible. The most effective marketing worms its way into our consciousness, leaving intact the perception that we have reached our opinions and made our choices independently. As old as humankind itself, over the past few years this approach has been refined, with the help of the internet, into a technique called "viral marketing". Last month, the viruses appear to have murdered their host. One of the world's foremost scientific journals was persuaded to do something it has never done before, and retract a paper it had published.

While, in the past, companies have created fake citizens' groups to campaign in favour of trashing forests or polluting rivers, now they create fake citizens. Messages purporting to come from disinterested punters are planted on listservers at critical moments, disseminating misleading information in the hope of recruiting real people to the cause. Detective work by the campaigner Jonathan Matthews and the freelance journalist Andy Rowell shows how a PR firm contracted to the biotech company Monsanto appears to have played a crucial but invisible role in shaping scientific discourse.

Monsanto knows better than any other corporation the costs of visibility. Its clumsy attempts, in 1997, to persuade people that they wanted to eat GM food all but destroyed the market for its crops. Determined never to make that mistake again, it has engaged the services of a firm which knows how to persuade without being seen to persuade. The Bivings Group specialises in internet lobbying.

An article on its website, entitled "Viral Marketing: How to Infect the World" warns that "there are some campaigns where it would be undesirable or even disastrous to let the audience know that your organization is directly involved ... it simply is not an intelligent PR move. In cases such as this, it is important to first "listen" to what is being said online ... Once you are plugged into this world, it is possible to make postings to these outlets that present your position as an uninvolved third party. ... Perhaps the greatest advantage of viral marketing is that your message is placed into a context where it is more likely to be considered seriously." A senior executive from Monsanto is quoted on the Bivings site, thanking the PR firm for its "outstanding work".

On 29 November last year, two researchers at the University of California, Berkeley published a paper in Nature magazine, which claimed that native maize in Mexico had been contaminated, across vast distances, by GM pollen. The paper was a disaster for the biotech companies seeking to persuade Mexico, Brazil and the European Union to lift their embargos on GM crops.

Even before publication, the researchers knew their work was hazardous. One of them, Ignacio Chapela, was approached by the director of a Mexican corporation, who first offered him a glittering research post if he withheld his paper, then told him that he knew where to find his children. In the US, Chapela's opponents have chosen a different form of assassination.

On the day the paper was published, messages started to appear on a biotechnology listsever used by more than 3000 scientists, called AgBioWorld. The first came from a correspondent named "Mary Murphy". Chapela is on the board of directors of the Pesticide Action Network, and therefore, she claimed, "not exactly what you'd call an unbiased writer." Her posting was followed by a message from an "Andura Smetacek", claiming, falsely, that Chapela's paper had not been peer-reviewed, that he was "first and foremost an activist", and that the research had been published in collusion with environmentalists. The next day, another email from "Smetacek" asked the list, "how much money does Chapela take in speaking fees, travel reimbursements and other donations ... for his help in misleading fear-based marketing campaigns?"

The messages from Murphy and Smetacek stimulated hundreds of others, some of which repeated or embellished the accusations they had made. Senior biotechnologists called for Chapela to be sacked from Berkeley. AgBioWorld launched a petition pointing to the paper's "fundamental flaws".

There do appear to be methodological problems with the research Chapela and his colleague David Quist had published, but this is hardly unprecedented in a scientific journal. All science is, and should be, subject to challenge and disproof. But in this case the pressure on Nature was so severe that its editor did something unparalleled in its 133-year history: last month he published, alongside two papers challenging Quist and Chapela's, a retraction, in which he wrote that their research should never have been published.

So the campaign against the researchers was extraordinarily successful; but who precisely started it? Who are "Mary Murphy" and "Andura Smetacek"?

Both claim to be ordinary citizens, without any corporate links. The Bivings Group says it has "no knowledge of them". "Mary Murphy" uses a hotmail account for posting messages to AgBioWorld. But a message satirising the opponents of biotech, sent by "Mary Murphy" from the same hotmail address to another server two years ago contains the identification bw6.bivwood.com. Bivwood.com is the property of Bivings Woodell, which is part of the Bivings Group. When I wrote to her to ask whether she was employed by Bivings and whether Mary Murphy was her real name, she replied that she had "no ties to industry". But she refused to answer my questions on the grounds that "I can see by your articles that you made your mind up long ago about biotech". The interesting thing about this response is that my message to her did not mention biotechnology. I told her only that I was researching an article about internet lobbying.

Smetacek has, on different occasions, given her address as "London" and "New York". But the electoral rolls, telephone directories and credit card records in both London and the entire United States reveal no "Andura Smetacek". Her name appears only on AgBioWorld and a few other listservers, on which she has posted scores of messages falsely accusing groups such as Greenpeace of terrorism. My letters to her have elicited no response. But a clue to her possible identity is suggested by her constant promotion of "the Center For Food and Agricultural Research". The center appears not to exist, except as a website, which repeatedly accuses greens of plotting violence. Cffar.org is registered to someone called Manuel Theodorov. Manuel Theodorov is the "director of associations" at Bivings Woodell.

Even the website on which the campaign against the paper in Nature was launched has attracted suspicion. Its moderator, the biotech enthusiast Professor CS Prakash, claims to have no connection to the Bivings Group. But when Jonathan Matthews was searching the site's archives he received the following error message: "can't connect to MySQL server on 'apollo.bivings.com'". Apollo.bivings.com is the main server of the Bivings Group.

"Sometimes," Bivings boasts, "we win awards. Sometimes only the client knows the precise role we played." Sometimes, in other words, real people have no idea that they are being managed by fake ones.