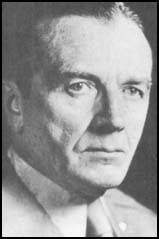 Charles Willoughby/Adolf Tscheppe-Weidenbach's operatives collaborated with the Japanese, arranged the bombing of Pearl Harbor ... his false reports from Korea to the New York Times set off the Korean War ... he RAN the John F. Kennedy assassination ... he and his intelligence staff founded Young Americans for Freedom (a front for incoming Nazi agents from Munich) and Aryan Nations. Tscheppe-Weidenbach was one of the most important men in the 20th century, yet he remains obscure, unknown to most Americans. David Halberstam renders the essential fascist behind the nationalistic props found in most history books, at least - a small step for man ...

The Coldest Winter: America and the Korean War
By David Halberstam
Hyperion / 736 pages / $35

" ... Halberstam's descriptions of MacArthur's 'toadies and sycophants' at the Dai Ichi Building in Tokyo (the general spent nary a night in Korea), are devastating. When MacArthur ignored his orders and sent troops 'into dangerous, hostile, unspeakably difficult terrain,' his 'yes men' applauded. CHARLES WILLOUGHBY, his chief of intelligence, had two heroes: right-wing Spanish dictator Francisco Franco and MacArthur. 'All ideology and almost never any facts," Willoughby manufactured his aristocratic Prussian lineage, censored combat reporters, fed 'information' to influential congressmen and suppressed evidence that Chinese troops were streaming into Korea. '

'Certitude after certitude poured out of him.' He might have been dismissed as a buffoon 'if the impact of his acts had not been so deadly serious. ... "'
••••••••••
Adolf Tscheppe-Weidenbach, the son of Baron von Tscheppe-Weidenbach from Baden, Germany, and Emma Willoughby, was born in 1892. After attending the University of Heidelberg, Willoughby moved to the United States in 1910 and became known as Charles Willoughby.

Willoughby joined the United States Army and served with Company K, 5th U.S. Infantry, and eventually reached the rank of sergeant. He was commissioned a major in May 1914 in the Officers Volunteer Corps. During the First World War Willoughby served on the Western Front.

In October 1919 Captain Willoughby was reassigned to the 24th Infantry serving at Columbus, New Mexico.

His next assignment took him overseas to San Juan, Puerto Rico, where again he served as both company and battalion commander in the 65th Infantry from February 1921 to May 1923. He now joined the Military Intelligence Division, as served as Military Attaché duties in Venezuela, Colombia and Ecuador.

In 1936 he was appointed as an instructor in the Infantry School at Fort Benning. Later he was promoted to the rank of lieutenant colonel. He developed extreme right-wing views and once delivered a speech to Spanish dictator Generalissimo Francisco Franco at a lunch in Madrid. He also praised Benito Mussolini: "Historical judgment, freed from the emotional haze of the moment, will credit Mussolini with wiping out a memory of defeat by re-establishing the traditional military supremacy of the white race."

Willoughby became logistics officer in the Headquarters of the Philippine Department in Manila where he served under General Douglas MacArthur. Promoted to the rank of major general, Willoughby served as General MacArthur's Chief of Intelligence in the General Headquarters, Southwest Pacific Area (1941-1951).

The Japanese Air Force attacked the US Pacific Fleet at Pearl Harbor on the 7th December 1941. The following day they carried out air strikes on the Philippines and destroyed half of MacArthur's air force. MacArthur was much criticized for this as he had been told to move his airforce after the raid on Hawaii the previous day.

The Japanese Army also invaded the Philippines and they soon held the three air bases in northern Luzon. On 22nd December the 14th Army landed at Lingayen Gulf and quickly gained control of Manila from the inexperienced Filipino troops. Although only 57,000 Japanese soldiers were landed on Luzon it had little difficulty capturing the island.

General Douglas MacArthur now ordered a general retreat to the Bataan peninsula. A series of Japanese assaults forced the US defensive lines back and on 22nd February, 1942, MacArthur was ordered to leave Bataan and go to Australia. General Jonathan Wainright remained behind with 11,000 soldiers and managed to hold out until the beginning of May.

In December 1942 Willoughby was with General Robert Eichelberger in the capture of Buna Village in the Buna-Gona campaign. He was awarded the Army's second highest decoration for gallantry, the Distinguished Service Cross, for "extraordinary heroism in action".

Willoughby accompanied Douglas MacArthur to Tokyo for the occupation of Japan. When attempts to suppress news to the United States ended in failure, he labeled reporters who defied him, as "Communists". A Cold War warrior he was a strong supporter of the activities of Joseph McCarthy. He also lobbied the US Congress to authorize $100 million for General Franco's government in Spain. MacArthur once described the six-foot, three-inch, Willoughby as "my little Fascist".

In 1951 Willoughby went before the House of Un-American Activities and provided information about the Richard Sorge spy network. This included information that claimed that Agnes Smedley was a "communist subversive". In retirement Willoughby was a member of the International Committee for the Defense of Christian Culture. During the 1050s he worked closely with Billy James Hargis, Haroldson L. Hunt, John Rousselot and other right-wing figures. Willoughby was also a board member of Young Americans for Freedom, an organization created by Larrie Schmidt.

Two days after the assassination of John F. Kennedy a long-distance telephone operator in Mexico City monitored an international phone call. She heard one of the voices saying: "The Castro plan is being carried out. Bobby is next." The telephone numbers were traced. One number belonged to Emilio Nunez Portuondo, the Latin American Affairs editor of Willoughby's Foreign Intelligence Digest.

In 1968 Willoughby moved with his wife to Naples, Florida. Charles Willoughby died on 25th October, 1972.

Halbersteim died in a car crash after writing this book. So many liberal authors died in the last 15 years. Dr. Robert Duncan says thousands of liberal Americans have been assassinated by those like Charles Willoughby, meaning the same politics.

Halbersteim died in a car crash after writing this book. So many liberal authors died in the last 15 years. Dr. Robert Duncan says thousands of liberal Americans have been assassinated by those like Charles Willoughby, meaning the same politics.

Alex Constantine supposedly sent me private emails personally addressing me. I am smart enough to realize the author would never go to that much trouble, so I realized someone was faking the emails. Can you tell the author Constantine about this? Thank you.