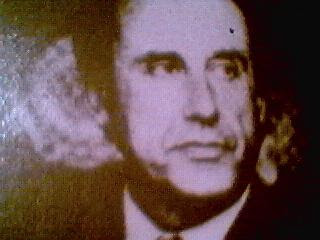 Earlier this week we reported on rumours that Spanish businessman, Jose Maria Ruiz-Mateos was putting together a bid for Northern Rock. We laughed. We joked. He dressed up as superman.

But here’s a bit more, lest you be forgiven for thinking this man is joking. He’s not. He’s quite serious.

According to Dow Jones, a spokesperson on Thursday morning said Ruiz-Mateos has now made an offer for 10 per cent of Northern Rock shares, “backed by a group of investors.” That followed a another story in El Mundo this morning, picked up by Reuters.

Nueva Rumasa, Ruiz-Mateos’ company (it stands for Ruiz-Mateos Sociedad Anonima) paid €188m in May for the Spanish operations of Parmalat, the Italian food company that almost collapsed in 2003 after the uncovering of accounting fraud. So a 10 per cent stake in the £1.1bn Northern Rock - if funded by suitable backers - is well within Mr. Ruiz Mateos’ means.

The businessman has been keen to acquire an interest in banking for some time - ever since his sprawling Rumasa corporation was liquidated by the Spanish government in 1983. Back then, Rumasa had assets of around £1bn - so we’re not talking small fry here.

Ruiz-Mateos connections with Opus Dei received wide coverage at the time of Rumasa’s collapse - not least because of the Ambrosiano banking scandal. And since, Ruiz-Mateos has donated millions to Opus Dei in the UK and throughout Europe, even though he is reportedly no longer a member. The prelature originally said he had nothing to do with it in the 80s, before eventually admitting that he was a senior figure.

Michael Walsh - a specialist Catholic scholar of Opus Dei (and a source of information for the conspiratorial Da Vinci Code) - says Rumasa was one of many organisations which channelled money to the Papacy through Opus in 1970s Spain - an allegation the prelature strongly denies.

However, as the FT points out, Ruiz-Mateos’ chequered past is likely to come between him and a stake in Northern Rock - regardless of his fabled Opus Dei connections. It’s as much a political decision now as an economic one.

Gordon Brown’s government may thus be casting around for a buyer, but along with the BoE, they’re unlikely to sanction a Ruiz-Mateos stake in Northern Rock unless all other opportunities have been exhausted.

Shares in Northern Rock were up just under 10 per cent at 200p at noon BST. 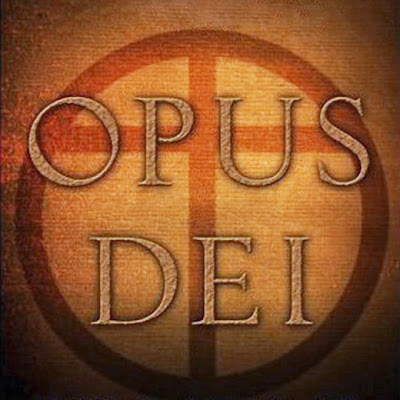 " ... In Spain an eminent lay member of Opus Dei, Jose Maria Ruiz Mateos, is accused of causing the bankruptcy of a holding company he created that controlled twenty banks and many businesses. Mateos blames several fellow members of Opus Dei for the collapse. It is the first time an Opus Dei member has publicly accused other members. ... On March 24,1986, Italian Prime Minister Bettino Craxi called for a formal investigation with a report from Minister of the Interior, Oscar Luigi Scalfaro. The report, delivered to Parliament on November 24,1968, revealed no cause for legal action. Scalfaro, a Roman Catholic member of the Catholic-dominated Christian Democratic Party, received his information exclusively from official Vatican and Opus Dei declarations. There were immediate protests from non-Catholic parliamentarians. Insight into the internal structure and operations of Opus Dei was provided by the publication in the Italian weekly L'Espresso, of certain articles of the secret constitutions of the society, 479 articles written in Latin and Castillian in 1950 and edited in 1982. The bulk of the document is still kept secret from the diocesan bishops, who were given a 'summary" of 26 articles.' ... "
http://www.rumormillnews.com/cgi-bin/archive.cgi?noframes;read=23870

Jose Maria Ruiz-Mateos, extradited from West Germany a week ago on charges related to the expropriation of his business empire, has been sitting without bail in a high security prison here. This would seem a remarkable fall for a man who was the sole owner of the Rumasa Group - 232 companies that ranged from banks to hotels and that accounted for nearly 2 percent of Spain's gross national product. Even behind bars, however, Mr. Ruiz-Mateos is still making waves. In a defense that is as much poli...

Jose Maria Ruiz-Mateos, the fugitive head of a business empire expropriated by the Spanish Government, was jailed here early this morning after being extradited from West Germany. The Spaniard arrived at a military air base in a subterfuge under the cover of darkness and was taken directly to an impromptu midnight court session, where he was indicted for fraud in the operation of his Rumasa Group, once Spain's largest private holding company. Mr. Ruiz-Mateos had fled Spain shortly after the Soci...

Jose Maria Ruiz Mateos, sought by Spanish authorities on fraud charges stemming from the near-collapse of his Rumasa conglomerate, has applied for political asylum in West Germany, his attorneys said today. Fraud charges were filed against Mr. Ruiz Mateos after the Spanish Government nationalized Rumasa, Spain's biggest conglomerate, last year, saying the move was necessary to stave off a financial failure. The attorneys said that the asylum petition cited politically motivated ''persecution'' a...

NYT FINANCIAL DESK
Spain Is Closing In on Rumasa Fugitive
By JOHN DARNTON
May 10, 1984 News

The eyes of Jose Maria Ruiz-Mateos, the financier who left the country after his shaky multibillion-dollar business empire was expropriated last year by the Government, stare from the cover of almost every weekly magazine here. For months, the Spanish press has been following every twist and turn of his complicated travels abroad, a story filled with declarations and denunciations, frequent disappearances, and sightings from Europe to Jamaica. Today, however, as Spain decided to seek the extradi...

The former president of Rumasa, Spain's giant holding company expropriated by the Socialist Government, was declared in contempt of court by a judge today after failing to appear on fraud charges. Jose Maria Ruiz Mateos, who was also the main shareholder of Rumasa, faces charges of smuggling, accounting fraud, social security fraud and embezzlement of withheld taxes.
Posted by Alex Constantine at 6:33 PM