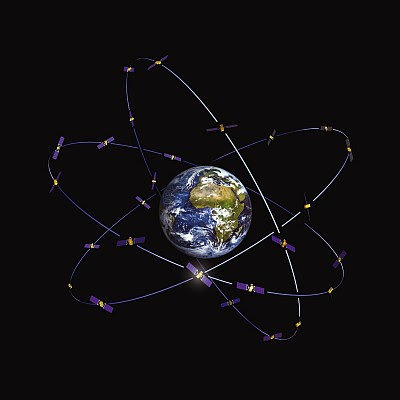 Galileo is watching you!

Massive tax rises and the erosion of our civil liberties, these will be two of the legacies of the government. With the launch of the new Galileo satellite system the government gets more of both.

The government has proposed that all car licence plates should include spy chips, these chips would be tracked by the European Galileo satellites which the government claims are needed to track car theft. The main aim of these spy chips is to track vehicles so the government can implement their ‘pay as you drive’ road charges.

Not only is this a massive infringement on our civil liberties, as it will be compulsory to have chips in your car and thus be tracked. It is also going to massively increase the tax burden on motorists, we would be charged when we entered new ‘toll roads’, with higher charges for the busiest roads and busiest times of day, unfortunate if you have only one route to work and it is rush hour.

The Galileo satellites will be in orbit by 2008, which gives the government plenty of time to sneak this through parliament, or they may not have to debate it at all, as it is a European project and will probably be made law by our very own big brother, the EU.

The European Space Operations Centre (ESOC) is a European Space Agency establishment located in Darmstadt, Germany. ESOC hosts the general-purpose ESA Operations Control Centre (OCC) which provides all required functions for spacecraft- & ground-segment control, orbit & attitude determination, and data acquisition & processing. Within the OCC, individual functions are handled from within separate, dedicated rooms. The Main Control Room (MCR) is used for preparation of new missions (in the testing and simulation phase) and during critical mission control phases such as the Launch and Early Operations Phase (LEOP). It is also used for deep-space missions as well as for emergency or contingency operations (which normally require a larger flight control team). The Flight Dynamics Room (FDR) is used during critical mission phases for orbit and attitude calculations and for routine operations at other times. The control, monitoring, and supervision of the ESTRACK network of ground stations is conducted from the Ground Configuration Control Room. This room is occupied 24 hours per day, 365 days per year. During a mission's routine phase, spacecraft monitoring and control functions are carried out from a Dedicated Control Room (DCR). Generally, control is conducted from workstations at which satellite data can be displayed in various formats and from which commands can be sent. The primary tool for mission control and data processing is the Dedicated Mission Support System (DMSS). 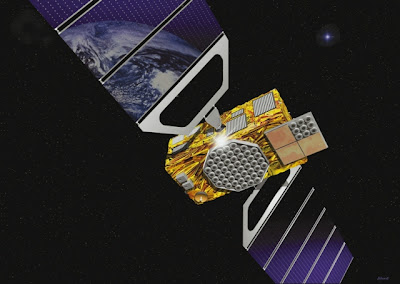 ... the Galileo programme. Have you heard of it? The EU is currently working on a European version of the American GPS. This project, called the Galileo Global Navigation Satellite System (GNSS), will be made up of 30 satellites that will deliver real-time geographical positioning. It is managed by a consortium of public sector bodies and businesses collectively called the Galileo Operating Company. The system will have the ability to pinpoint objects to within 1 meter. It should be operational by 2010. The EU plans to use the Galileo system to implement the Europe-wide electronic toll service via satellite tracking.

France's new spy satellite, Helios 2A was launched aboard a French Ariane rocket on Saturday.

Paris (UPI) Dec 22, 2004 - The new twinkling star in the Christmas sky speaks French, and sometimes German and Italian and Spanish, and goes by the name of Helios 2A. France's new spy satellite, Helios 2A was launched aboard a French Ariane rocket on Saturday, orbits the earth at a height of 400 miles and cost nearly $3 billion.

It also brings the extinction of the NATO alliance a significant step closer, so for the longer-term goals of French foreign policy it is thus cheap at the price.

The United States loves NATO because it makes American presidents the leaders of the free world, at the head of a proven military alliance that always has American generals and admirals in command. Europeans used to love NATO as the guarantee of American protection against the Red Army. With no more Soviet threat, Europeans still needed the Americans in NATO to provide the kind of modern war-fighting capabilities that Europeans won't pay for.

However, slowly but surely, the French are removing that need for American hardware and are doing this through the European Union, not through NATO. The main capabilities that Europe does not provide for itself are strategic airlift, spy satellites, global positioning satellite systems, and AWACS airborne radar and command platforms.

Last year, the EU agreed to spend some $4 billion in buying its own fleet of military transport airplanes -- from Airbus, of course. The EU is also spending another $4 billion on its own global positioning satellite system, called Galileo, which means no more dependence on the Pentagon's existing system. (Just to make the Pentagon feel really good about this, the EU has also signed up the Chinese as partners in the Galileo system - and there are no guarantees that the Europeans can or will switch off Galileo if a U.S.-Chinese military confrontation looms in the Taiwan Straits.)

And now the French are trying to prove to their fellow Europeans that they no longer need the American spy satellites. France already has two very obsolete Helios satellites still operating, and beaming back to earth photographic images with a resolution of 1 meter. That means that it can identify the model of a warplane parked on a runway. Pictures from space of that quality have been available commercially for the past five years from the Spaceimaging company.

The imaging quality of Helios 2A is, according to France's DGA (Delegation Generale pour l'Armement) military procurement office, more than four times better. That means it can tell whether the warplane has missiles and/or fuel tanks loaded on its wings, but will have trouble reading the registration plate on a car. The real benefit of Helios 2A is that it also has infra-red imaging, which means it can read heat sources at night or through cloud, and thus tell whether a tank's engine is running or not.

The French satellites are going to be part of a much broader European system. Later this year, Germany launches its own SAR-Lupe system of radar satellites, and Italy is preparing its own Cosmo-Skymed system of mixed radar and optical satellites, and a complex system of sharing data has been worked out. So the Spaniards and Belgians, as junior (and co-financing) partners with the French in Helios, can share the satellite data. The Italians and Germans, in return for French access to their radar data, have the right to ask the new Helios to look at particular spots and get the resulting imagery in encrypted form so that (theoretically) the French cannot read it.

Europe is still a long, long way from being able to duplicate the communications, logistics and reconnaissance systems on which NATO still depends, courtesy of the Pentagon. But, pushed by the French, the Europeans are getting there.

By the end of this decade, the EU's new rapid reaction task forces should be able to land somewhere like the Ivory Coast or Tunisia, with good intelligence from the satellites, with total air command from the new aircraft carriers being built in France and Britain, and reinforcements flown in steadily on the Airbus military transports, while Airbus tankers refuel the Eurofighters flying air cover. And just in case any other serious navy wants to get involved, very quiet French-built Scorpene and German-built Dolphin submarines will be securing the sea lanes.

The question is whether Britain will be taking part. The British are part of the Galileo system, have signed up for the Eurofighter warplane and the Airbus transports, and strongly backed the EU rapid reaction force. But with their own close intelligence links to the United States, the Brits are not yet involved in the EU spy satellite network. They are trying desperately, as so often, to have the best of both worlds, being America's best friend and a leading NATO power but also maintaining their credibility as a full partner of the EU.

But the way the military technology is going, it will be harder and harder for the British to have it both ways. So far, because they have the best-trained and best-equipped armed forces, the Brits are essential to almost any credible EU military operation. As one of the few European countries with the wealth and the political will to invest in new aircraft carriers, Britain is going to be pivotal for years to come.

So far, the Blair government is ducking what looks to be an inevitable choice, whether or not it joins the EU military space system with dedicated European spy satellites, or whether it continues to rely on the American alliance and NATO. The French are making its harder and harder for the British to have it both ways. But if the British do decide that their deeper strategic interests lie with Europe (where almost 60 percent of Britain's trade goes), then the EU economic superpower is going to look increasingly credible as a serious military power.

That is what the French mean when they talk of a multipolar world. France thinks it is inevitable that the current lonely American superpower will soon be balanced by the new or emerging great powers of Europe, Russia, China and India. It means a world rather like 19th century Europe, when great powers like France and Britain and Germany and Russia and Austro-Hungary balanced each other - until the system failed in 1914.

http://cndyorks.gn.apc.org/yspace/articles/spy_sats_and_power.htm
Posted by Alex Constantine at 11:22 AM