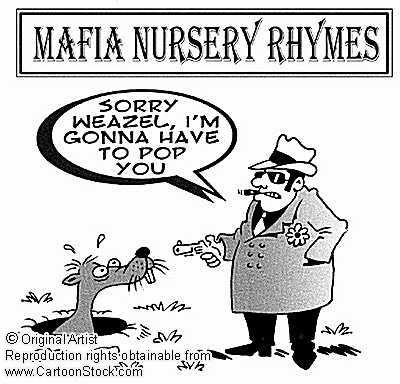 The Mafia is now the biggest business in Italy, with organised crime netting Mob bosses more than £63bn a year, or 7 per cent of the country's gross domestic product, from drugs, extortion and prostitution.

Last year, the turnover raked in by criminal gangs surpassed that of the Italian oil company ENI by £2.78bn and was almost twice that of Fiat, said a report by the small-business group Confesercenti. Because of a lack of firm evidence, the report did not estimate the Mafia's annual income from drugs, which could be as high as £40bn. Despite high-profile arrests of such notorious bosses as Bernardo Provenzano, the nation's four main criminal organisations – the Cosa Nostra in Sicily, the Sacra Corona Unita in Puglia, the Camorra in Naples and the 'Ndrangheta in Calabria – are still branching out into previously legitimate industries, such as food, researchers found. Italy's huge number of small, family-owned firms is particularly at risk of having to pay a pizzo, or protection money, to the Mafia. About 80 per cent of Sicilian businesses cough up a pizzo of as much as £350 a month, despite another business group on the island warning recently that it would expel any member who paid protection.

Tano Grasso, the head of Italy's anti-racketeering commission, said the Mafia made £21bn from extortion last year, with 160,000 businesses, mostly in southern Italy, paying up. As a result, only one in 10 foreign investors set up companies in the south, he said.

Theft, racketeering and contraband goods brought in another £15bn, Mr Grosso said, while pirated handbags and DVDs accounted for £5bn and the food industry netted £5.2bn.

In Naples, the Camorra runs 2,500 illegal bakeries, while the Cosa Nostra and the 'Ndrangheta have been quick to spot the profits to be made from illegal fishing, especially of endangered bluefin tuna, Mr Grosso said.

The Confesercenti report paints a bleak picture of a country where the burgeoning power of the mafiosi has led to the infiltration of big business as well. "Companies listed on the stock market with headquarters in Milan and Turin are among the victims, not just small shops in the Naples suburbs," it says.

The Mafia is particularly active in public works, where gangs control many of the workmen on construction sites. The report alleges that Impregilo, Italy's biggest engineering group, Condotte SpA, a water pipeline company, and Italcementi, Europe's largest cement group, all pay off the Mafia. Spokesmen for all three companies denied the charges. Loan sharking is another Mafia favourite, trapping 150,000 entrepreneurs each year.

When ordered to repay loans at a rate of 10 per cent per month, most are unable to do so and file for bankruptcy. According to Confesercenti, 165,000 companies and 50,000 hotels went bust for this reason between 2004 and 2006.

Businesses and shops are subjected to 1,300 Mafia-related attacks every day and it is the daily drip-drip of protection payments that keeps the Mafia going, the report adds.

The document singles out the admission of Vincenzo Novari, the boss of the Italian mobile phone company 3 Italia. Reception on 3 Italia handsets is notoriously patchy in the far south and Mr Novari explained the problem, saying: "In some parts of the south the company has not been able to build antennas because [the Mafia] demand a pizzo – and I don't want to pay it."
Posted by Alex Constantine at 2:04 AM