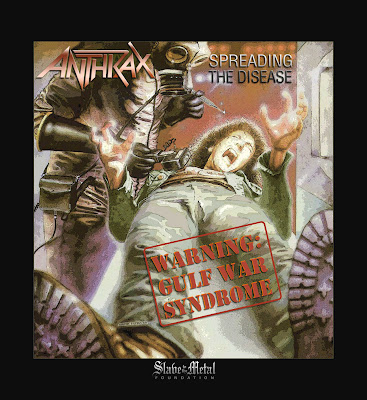 " ... the government summary of the incident concluded: 'During the transfers, anthrax was released from the shipped vials.' ... "

The scientist, who resigned her post at the Livermore lab after the incident, left the twist caps off two containers and a loose cap on a third vial in a 1,025-vial shipment to Palm Beach, Fla., in September 2005, according to the findings of a federal agency's review that led to the fine.

The lab in Florida then opened the anthrax shipment without proper precautions, and two of its workers were possibly exposed. The workers were treated with the antibiotic Cipro for a week, then returned to work.
A second shipment of about 3,000 vials made the next day by the same Lawrence Livermore scientist to a lab in Virginia had more vials than it should have, a separate violation of packaging restrictions. The scientist's official credentials vouching for her ability to ship the pathogen had lapsed at the time of the shipments.

The fine was levied against the University of California - the former manager of the lab - as part of a recently reached negotiated settlement that became public at a congressional hearing about the safety of the government's pathogen research programs. A key finding was that lab officials failed to inspect the shipments to ensure they were properly packaged and that labeling accurately reflected the contents.

Lab spokeswoman Susan Houghton said no anthrax leaked from the vials in the Florida shipment, and that the inner packaging would have trapped any anthrax if it had.

However, the government summary of the incident concluded: "During the transfers, anthrax was released from the shipped vials." ...