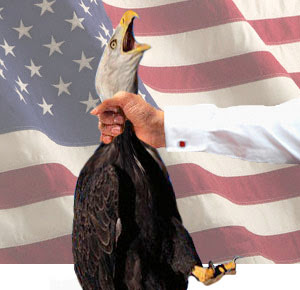 The return of Western Goals on a massive scale ... but first, the hard-sell:

Fusion Center enables CIA to spy for, not on, Ohioans
By Robert Morton

Ohioans should feel safer, for the 57-year old ban preventing the CIA from conducting domestic surveillance has ended. Retired CIA spymaster Charles "Charlie" Allen [see profile below] has reappeared as chief intelligence officer within the Department of Homeland Security and is deploying intelligence officers to newly created Fusion Centers (FCs) throughout the U.S. By the end of 2008, they will be operating in all 50 states.

Allen, who spent 47 years collecting and analyzing foreign intelligence at the CIA, is using FCs to strengthen America's defense by meticulously sculpting our gravely inadequate homeland intelligence-gathering and sharing capacity into a well thought-out operation. FCs will enable Ohio and local authorities to detect and respond to terrorist stirs by leveraging national intelligence with teams of clandestine federal intelligence officers embedded locally, possibly in your neighborhood.

One already operates in Ohio.

Several years ago, Sen. Mike DeWine had requested a FC be positioned in our capital city. Allen sent his intelligence officers to meet with DeWine's senior aides and by March 2006, one was set up in Columbus.

As a member of the Association For Intelligence Officers (AFIO), I listened to Allen tell us that "there will be a two-way, robust sharing of information, although highly classified foreign and domestic intelligence will be sanitized through a Homeland Security Data Network (HSDN) before it's shared with the state/local powers that be."

Nationwide, $337 million has been spent for this transcybernet system and as chief intelligence officer, Allen is positioning his officers in each FC, thus enabling our intelligence community to share terrorist information with more than 600 state and local agencies. ...

The HSDN system would transform the cloak-and-dagger, top secret particulars of this scenario into an unclassified product that would conceal the sources and methods used to acquire the intelligence, but still instantly tip off the local authorities on the essence of the looming threat. The lines between foreign and domestic intelligence have become blurred. Overseas threats that target our local communities are real in this new war on terrorism. The new terrorist cells are transnational and religiously driven, not disgruntled natives with local political ambitions. ...

Yes, a Fusion Center is operating in Ohio and Buckeye State residents should be glad it's close at hand. 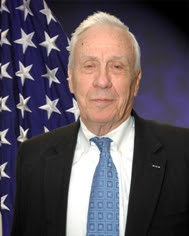 Mr. Charles Allen is the Assistant Secretary for the Department’s Office of Intelligence and Analysis reporting directly to Secretary Chertoff. In this role, he is responsible for coordinating with the Intelligence Community and providing guidance on Homeland Security specific issues.

A native of North Carolina, Mr. Allen served in the CIA since 1958, holding a variety of positions of increasing responsibility both in analytic and managerial capacities. From 1974-1977, he served overseas in an intelligence liaison capacity and from 1977-1980 held management positions in the Directorate of Intelligence. From 1980 to November 1982, he served as a program manager of a major classified project, reporting to DDCI's Carlucci, Inman, and McMahon, respectively.

In December 1982, Mr. Allen was detailed to the Office of the Secretary of Defense, Department of Defense, where he held a senior position in strategic mobilization planning. In 1985, Director Casey asked Mr. Allen to return to CIA in the capacity of a National Intelligence Officer (NIO) for Counterterrorism. In February 1986, he also was appointed Chief of Intelligence in CIA's newly established Counterterrorist Center. As NIO for Counterterrorism, he represented the DCI in a number of interagency committees, including the chairing of the Interagency Intelligence committee on Terrorism, and serving as a member of the Interdepartmental Group on Terrorism (IG/T) and the National Security Council’s Terrorist Incident Working Group. Following this assignment, Mr. Allen served as the NIO for Warning from 1988 to 1994. In this capacity, he was the principal adviser to the DCI on national-level warning intelligence and chaired the Intelligence Community's Warning Committee.

Mr. Allen completed a Bachelor’s degree as well as graduate studies from the University of North Carolina. He is a Distinguished Graduate of the U.S. Air Force Air War College.

http://www.dhs.gov/xabout/structure/biography_0132.shtm
•••••••••••••
ACLU Skeptical of Information Sharing at Fusion Centers
Upcoming Report on Fusion Centers to be Released by the ACLU

Washington, DC –The American Civil Liberties Union expressed concern about fusion centers today. Fusion centers are federal, state, local and regional units, designed to improve the sharing of anti-terrorism intelligence among different branches of state, local and federal governments. Wary of potential privacy risks, the ACLU will soon be releasing a report on the 42 fusion centers that have opened in the United States.

"When the government collects and stores data on citizens it must abide by strict privacy guidelines," said Caroline Fredrickson, Director of the ACLU Washington Legislative Office. "The public has a fundamental right to know what information the government is collecting about them, how that information is gathered, who has access to it and how it is being used. Effectively sharing information among police agencies is a laudable goal, but when the information being collected includes the intimate personal details of the lives of innocent Americans then there must be safeguards."

The ACLU’s concerns include the participation of non-law enforcement agencies, private sector entities, national guardsmen and even active-duty military officials in some fusion centers. This mass collaboration gives rise to even more significant concerns about the roles these parties play in the collection and analysis of the private information concerning Americans.

Not all fusion centers are engaging in improper intelligence activities and not all fusion center operations raise privacy concerns but, given that some do, the lack of a legal framework to regulate their activities is troublesome. The ACLU does not intend to criticize any particular fusion center, but rather ask that the public be provided with basic information about what fusion centers do so there can be more informed questions regarding the intelligence collection activities taking place in their communities. ACLU affiliates have been contacted by the Department of Homeland Security for their input into keeping fusion centers in line with the Constitution.

"We’ve been encouraged by DHS’s attempts to reach out to us," said Michael German, ACLU National Security Policy Counsel. "Because of the amount of personal information available to these centers and the parties being given access to that information, federal, state and local governments are obligated to ensure that they are accountable to the public, and are following both the letter and the spirit of the law."

Tune in to NET Radio Friday, Oct. 26, at 6:33 and 8:33 a.m. CT during "Morning Edition" for a special feature about a new initiative that has some Nebraska sectors concerned about civil liberties.

Nebraska is in the process of spending more than 1.5 million dollars from the federal Department of Homeland Security to start a project called a Fusion Center. The idea is to coordinate data, information and intelligence from federal, state and local agencies, as well as private industry, to fight crime and terrorism. Promoted as a way to coordinate security efforts, Fusion Centers already exist in 44 other states.

An audio link to the story will be on NET Radio's Web site (www.netNebraska.org/radio and click on Nebraska News) the day of the broadcast. All that is needed to listen to the report is access to the Internet and a free RealPlayer program.

http://www.swnebr.net/newspaper/cgi-bin/articles/articlearchiver.pl?162265
Posted by Alex Constantine at 10:23 AM