A MORMON accused of sexually abusing two boys from his church was highly respected within the congregation, a court has heard. 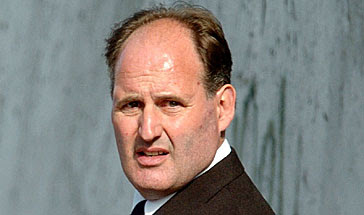 Martyn Conway - alleged to have subjected one boy to years of indecency and another to rape during the 1980s and 1990s - was a mentor figure who seemed interested in the welfare of young lads he became friendly with, Cambridge Crown Court was told.

Describing Conway's relationship with youngsters at the Church of Jesus Christ and the Latter Day Saints, in Cherry Hinton Road, Cambridge, the mother of one of his alleged victims said she had been pleased when he took her son under his wing.

Responding to questions from Tim Brown, for the prosecution, she added: "There were other young lads he used to be friendly with at church so there was nothing unusual. I found it really very nice that Martyn took an interest and that he and my son became friends."

Conway would take the boy on outings, inspiring jealousy from a sibling who would not be invited to go, she added.

She remembered her son began to be "constantly ill", but each time she took him to the doctor there was a different diagnosis. He also began running away from, or failing to turn up, to school. She had been "completely unaware" that anything untoward was going on and had "no feeling of unease" at the time about Conway and the boy.

Later, she said, her son seemed a morose figure. "He used to be such a jolly little boy and then seemed to become depressive."

He also denies the subsequent rape of a second boy.

http://www.cambridge-news.co.uk/cn_news_home/DisplayArticle.asp?ID=341926
Posted by Alex Constantine at 6:50 AM

Martyn Conway was never highly respected in his church.

Someone who knows truth said...