The Growing Threat of Wildfire Government 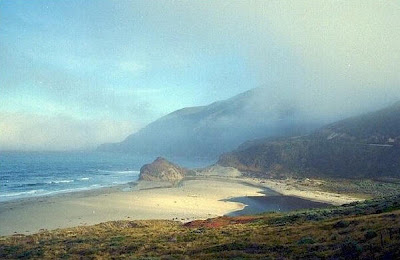 There was a time when volunteer fire departments, paid fire fighters, and local residents would work hand-in-hand to put out wildfires. It was an amenable relationship, sharing hardships, goals, and camaraderie. But if the 2008 California wildfires proved anything, it demonstrated that this alliance is no longer a cornerstone of American communities.

During the Big Sur fires in July, residents who did not evacuate reported that they felt they were behind "enemy lines." When 79-year-old Don McQueen traveled down the road to his campground business to provide hot water showers for fire crews, he was detained by sheriff deputies and scolded.

Although McQueen was released, he soon discovered that fire officials had changed the rule book. To him it seemed like the various federal and state firefighting agencies no longer wanted to work with the community to put out fires. Instead, they wanted Big Sur residents to leave the area and stop defending their property. Worse still, the fire fighter crews were "strictly forbidden to assist locals."

Despite experience fighting fires since the 1940s, McQueen was told to get off his ranch. When he refused, an official reportedly said, "We're carefully allowing these homes to burn down. You can build a new house at no cost with your insurance money." McQueen could hardly believe what he had heard.

According to local residents, many of the fire crews were grounded and told to let the fire burn itself out. One ashamed firefighter told them, "I was taught to put out fire, not let them burn." Professionals watched as the locals on the front line fought the blaze. Finally, one crew become so upset that they covertly parked their engine near McQueen's property, rolled out a 4,000-foot fire hose, and helped him to maintain his fire break.

On Apple Pie Ridge in Big Sur another family worked feverishly to protect their 55-acre ranch and home. The Curtis family had successfully fought several fires going back to the 1970s. Some family members and friends had worked in the past as seasonal firefighters. When the fire crept within 12 feet of the family's property, they set a backfire, which is legal "for the purpose of saving life or valuable property" under California Public Resources Code 4426.

But within a short time a different type of firestorm flared up.

A Cal Fire official and several sheriff deputies drew guns on Ross Curtis and a friend. The civilians were arrested, handcuffed, and charged with lighting a backfire. Outraged authorities said that the Curtis family, friends, and tenants had disobeyed warnings not to use backfires. But the Curtis family was also told earlier that firefighters were ordered away from his property-that the area was written off as "inaccessible and undefendable."

Ironically, some of Curtis's fire-protection gear was confiscated as one deputy warned him to stop impersonating a firefighter. There was even talk that the two men might be charged with arson. Despite the arrest, no homes burned down on Apple Pie Ridge. In other areas, where people had evacuated, many lost their homes.

Cal Fire Battalion Chief Paul Van Gerwen still maintains that the Curtis family was protecting their property in an "unlawful way," saying that they had no permission from the government. Other officials said that only professionals should fight fires.

Jerry Teeter, the Monterey County sheriff's commander, commented that they tried not to arrest locals as long as they did not drift off to another property or interfere with firefighters. In other words, residents were under "house arrest." Of course, this was ludicrous. Since many of the government firefighters were either benched or ordered not to assist residents, only the local citizens were left to protect structures. And they needed to move around, to help each other fight the moving flames and to resupply residents and businesses.

Ideally, government officials should closely work with the locals to mitigate crises. But under Big Sur's "Unified Command," local agencies had little authority. Australia, by contrast, has a more libertarian approach in which rural residents are expected to defend their homes from any danger. But in California it appears that our government is opposed to the freedom that would allow citizens to respond to emergencies themselves or to take an active role in being responsible and self-reliant.

Unfortunately, good government only works in theory. That is why it is up to citizen participation and vigilance to keep political systems from getting out of control and from becoming over centralized. One must wonder which power is more devastating in the long run: wildfires or the government's determination to make citizens dependent.