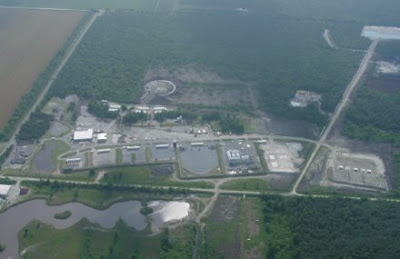 BAGHDAD: Iraq yesterday said it reserves the right to try six guards working for private security firm Blackwater USA for their alleged role in the killing of 17 Iraqis in Baghdad last year.

"There is information that half a dozen Blackwater guards who have been accused of shooting and killing 17 Iraqis are to be tried in Washington," government spokesman said. "The Iraqi government stresses its rights and that Blackwater guards have committed crimes against Iraqi victims. The government reserves the right to prosecute them," he said.

On September 16, the Blackwater guards shot dead 17 Iraqi civilians while escorting an American diplomatic convoy through Baghdad. Blackwater says its guards were acting in self-defence.

Spokesman' commment came after the Washington Post reported that six Blackwater guards had received "target letters" from the US Justice Department in a probe of the shootings. Such letters are often considered a prelude to indictment, the report said, adding the guards were former US military personnel.

The report said any charges against the guards would likely be brought under the Military Extraterritorial Jurisdiction Act, which has previously been used to prosecute only the cases referred to the Justice Department by the Pentagon for crimes committed by military personnel and contractors overseas.

Despite strong opposition, the US Department of State earlier this year renewed a contract with Blackwater to protect American officials in Iraq. Foreign security companies at present are not subject to Iraq law, but at the same time are not governed by US military tribunals, effectively allowing them to operate with impunity.

Meanwhile, more than three million Shi'ites marked the annual pilgrimage to Karbala amid tight security and attacks on the way to the holy city that killed dozens of people. Turkish fighter planes hit a Kurdistan Workers Party guerilla base in northern Iraq, the army said yesterday. It gave no details of casualties but said the operation was successful and the group of guerillas, hiding in a cave, was preparing for an attack against Turkey.