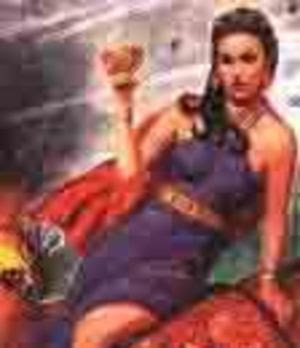 Yeas & Neas, DC Examiner - You’ll recall that D.C. Madam Deborah Jeane Palfrey mentioned last year that she was mulling over a tell-all tome on her escort business and the government case that brought it down. But, following Palfrey’s suicide in May, the status of the madam’s memoirs is up in the air.

"She left me 150 pages," said former Palfrey attorney Blair Montgomery Sibley. "I am pulling that together with 2,700 e-mails that I have between Jeane and I to attempt a cogent narrative of the events that led up to her unfortunate demise.

"She also left me a substantial amount of recorded material that will supplement the written information," Sibley told Yeas & Nays. "We are still in the process of transcribing all of that.

Of course, many Washingtonians still wonder: Were there any famous clients of Palfrey whose names have yet to be leaked? "I cannot answer that question at this time," Sibley said. "There are reams of stuff nobody knows but me at this point in time."

Attorney: "Jeane was very clear with me that if she was ever found dead of an apparent suicide, I was to make sure that all the evidence was publicly disseminated so that it could be independently evaluated."

Exclusive: Citizens For Legitimate Government has learned that Deborah Jeane Palfrey's lawyer, Montgomery Blair Sibley, has intervened to stop a lawsuit seeking to prevent the Tarpon Springs, Florida, Police Department from releasing information requested by Sibley pertaining to the investigation of Jeane's death.

On July 22, 2008, Sibley requested under the Florida Public Records Act, "copies of any and all records, including without limitation police reports and photographs, related to the investigation of the death of Deborah Jeane Palfrey on May 1, 2008, at [redacted] Tarpon Springs, Florida. This request includes copies of every document related to the matter, regardless of the format in which the information is stored. I note that information stored on a computer is as much a public record as a written page in a book or stored in a filing cabinet." 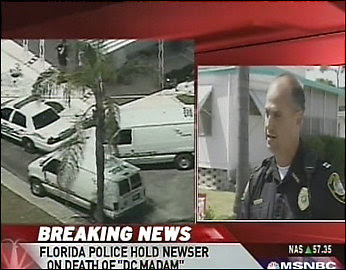 Citing his obligation to discharge explicit instructions from his former client, Jeane Palfrey, the so-called DC Madam, to "fully investigate and reveal the circumstances of her death if deemed a suicide by authorities," her attorney, Montgomery Blair Sibley, has moved to intervene in a lawsuit filed by Jeane's mother, Blanche Palfrey. That lawsuit seeks to prevent the Tarpon Springs, Florida Police Department from releasing information requested by Sibley pertaining the investigation of Jeane's death on May 1 of this year.

Sibley said, "While I don't mean to cause Jeane's family additional grief, an attorney's first duty is to his client, and Jeane was very clear with me that if she was ever found dead of an apparent suicide, I was to make sure that all the evidence was publicly disseminated so that it could be independently evaluated."

A hearing has been set in that matter on August 15 before Florida Circuit Court Judge Linda Allan in Clearwater, Florida.